Can the United States Ever Get Foreign Policy Right? 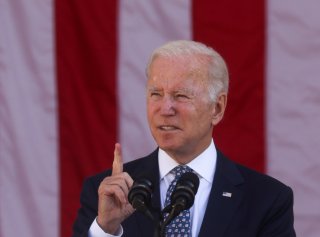 The U.S. government has made many mistakes on foreign policy of late, even repeating errors from the past. That’s because the American foreign policy establishment—the Department of Defense, the Department of State, other government agencies, Congress, and the media—continue to rely on clearly tried and failed interventionist principles. On occasion, both President Joe Biden and former president Donald Trump have laudably bucked that establishment. Some examples are Biden’s insistence on finally withdrawing all U.S. forces from Afghanistan, Trump’s diplomatic opening to North Korea, and the latter's insistent hectoring of long wealthy allies about not spending enough on their defenses. Yet the two presidents were lambasted heavily by foreign policy elites in the media for defying interventionist conventions. Even during Trump’s rogue reign, the establishment was able to corral him on most foreign policy issues, largely because they claimed, unfortunately with some truth, that Trump’s foreign policy seemed intended primarily to benefit his own personal and political fortunes first. The establishment has had an easier time of it with Biden because he has simply been around Washington a long time, thoroughly imbibing on the intoxicating, but expensive, fumes of being a global superpower.

But let’s start with Trump. After obliquely threatening North Korea with nuclear war—very dangerous behavior—he jerked U.S. policy to the opposite extreme by attempting an opening to the Hermit Kingdom. Trump laudably began talking to his adversary to reduce tensions, but he then got played by North Korean strongman Kim Jong-un by getting too wrapped up in the glory of high-stakes personal summitry. Trump also had the right idea of jawboning now rich allies to spend more on defense and achieved some (probably temporary) success. Yet he should have then taken the opportunity to reduce the U.S. defense burden. Instead, he was enamored with military power for its own sake—as demonstrated by his failed attempt to get the military to put on a lavish martial parade in his honor—and significantly ballooned an already bloated bureaucracy. Also, he used that enlarged military to irresponsibly and illegally assassinate Iran’s second most powerful man, who was visiting Iraq. Finally, he correctly questioned the continued relevance of the Cold War-era NATO alliance, but the foreign policy establishment—thoroughly imbued with the idea that alliances are ends in themselves rather than means to national security—quickly snuffed out that discussion.

Biden—having long drunk the Kool-Aid that U.S. alliances “won the Cold War” and should continue as they are in perpetuity—is seemingly taking risky moves that could result in war with the nuclear powers of China and Russia. The Taiwan issue is much more strategic and emotional to China than it is to the United States. The island has long had an ambiguous U.S. security guarantee. Overtly, the United States has committed to selling the island’s government only weapons to defend itself. However, Biden recently publicly “slipped” and pledged to defend Taiwan if it were attacked by China. It is hard to discern whether this was one of Biden’s occasional gaffes or, to reinforce deterrence against any Chinese attack, an intentional revelation of a secret wink-and-nod agreement with Taiwan to do just that if the balloon goes up. Instead, what needs to be publicly reinforced and strengthened is the existing limited commitment to sell arms to Taiwan, including offensive ballistic missiles that would allow Taiwan, without the promise of U.S. military intervention, to increase deterrence against a Chinese assault. Otherwise, the ambiguity of U.S. intentions again may create a repeat of the United States being dragged into non-strategic wars, such as those in Korea in 1950 and the Persian Gulf in 1991.

Even more crazy is the Biden administration’s pulling out and dusting off George W. Bush’s commitment to induct the countries of Ukraine and Georgia into the already overstretched NATO alliance. These nations, especially Ukraine, are in Russia’s traditional sphere of influence and much more vital to its security than they are to that of the faraway United States. The United States would be very unhappy if any foreign power formed a military alliance with Mexico or Cuba, as it was in late 1962. Thus, inducting Ukraine and Georgia may make an already unfriendly Russia uncontrollable with rage; the Russians already face a hostile NATO on its borders in the Baltic states. After World War I, the United States and its allies ignored the inclusive model of the successful post-Napoleonic-War Congress of Vienna in 1815, which resulted in no major war in Europe for a century; the result was a punitive post-World War I peace with Weimar Germany that led to the rise of Adolf Hitler and World War II. After the Cold War, the United States and its allies again rubbed a defeated enemy’s nose in the dirt by expanding NATO to the border of Russia—a country that lost 26 million people to a Nazi invasion from the West during World War II—and is now compounding the danger of war with the Russians by reiterating its interest in pushing the alliance farther forward into Ukraine and Georgia.

Biden rushed to the exits in Afghanistan, and therefore some initial mistakes were made, but his rush to the door there becomes understandable given that the U.S. military had been stonewalling and outmaneuvering presidents from Obama forward on the issue. The men in uniform could not admit, even after twenty years, that they had lost the war. Yet, now Biden is negotiating overflight rights (and more?) with Pakistan to retain an option for aerial strikes in the forever U.S. war on terrorism—American military interventions that motivate terrorist attacks on U.S. targets in the first place. Even if these questionable overflight agreements are necessary for U.S. security, couldn’t George W. Bush have negotiated the same deal on the way out of Afghanistan in 2002, after smashing al Qaeda and the Taliban, and saved a lot of U.S., allied, and Afghan lives and loads of cash? This situation reminds one of Richard Nixon pledging in the 1968 election campaign to get out of Southeast Asia, only to stall for four years till he was re-elected so that he would not face political blowback for “losing” Vietnam; in 1973, he had to take the same bad agreement to end a lost war that he could have gotten in 1969, thus saving countless lives. At least Biden had the courage to own the political pain for withdrawing from Afghanistan. But could negotiating air transit rights in Pakistan lay the foundation for eventual U.S. re-entry, as some interventionists threaten will be needed and as did Obama foolishly in Iraq.

After a decent interval, the interventionists again will count on the American public’s short memory to allow them to beat the drums for military interventions in faraway lands. With the failures in Iraq and Afghanistan, public opinion has put interventionists in at least temporary retreat—as they were for a time after the debacle in Vietnam—but U.S. foreign policy will not permanently improve as long as they continue to have political dominance in the salons of Washington.