Can the U.S. Navy Beat China's New Type 055 Destroyer In a Fight? 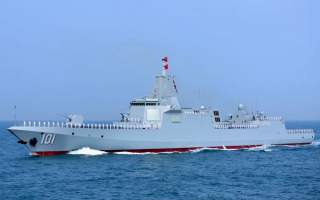 Key point: Although a response is not needed yet, America must figure out its priorities before China builds too many advanced ships.

On July 3 Dalian shipyard launched two of the big new ships, with some reports suggesting that the class may extend to twenty-four vessels. The ships are large and have more VLS cells than Flight III Arleigh Burke destroyers, although the latter still exceed the former in sensor integration and other capabilities.

Robert Farley, a frequent contributor to the National Interest, is author of The Battleship Book . He serves as a senior lecturer at the Patterson School of Diplomacy and International Commerce at the University of Kentucky. (This first appeared in mid-2018.)