Canada Only Has Good News To Share After Legalizing Marijuana 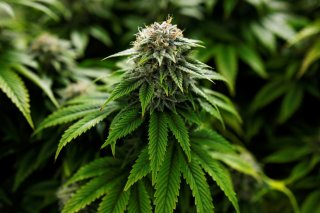 Key point: Fears that individuals who consume marijuana are more likely to drive under the influence than those consuming alcohol are again unfounded.

Opponents of marijuana legalization frequently argue that increased legal access will result in soaring rates of use and addiction, especially among adolescents. A recent report from Statistics Canada, however, provides new evidence that such fears are unfounded.

Overall marijuana use did increase slightly in Canada following nationwide legalization: past 3‑month use rose from 14.9 percent in 2018 to 16.8 percent in 2019, while daily use rate rose from 5.9 to 6 percent. But the full story is more complicated: use increased for all age groups except adolescents. In fact, the prevalence of past 3‑month use among individuals age 15–17 fell from 19.8 percent to 10.4 percent – nearly a 50 percent reduction. Daily use rates of people age 18–24 declined slightly as well, from 10.3 percent pre‐​legalization to 10.0 percent post‐​legalization.

And other early data are also reassuring. Even as marijuana use rates tick upward, the incidence of heavy drinking is in steady decline. This is consistent with substantial evidence that marijuana and alcohol are substitutes. Between 2017 and 2018 (the two most recent years available) Statistics Canada reports a 2.1 percent decline in heavy drinking with the biggest impact among those 18–34 years old.

Another positive takeaway from the report is that in the year following marijuana legalization the number of users reporting that they obtained drugs from legal sources tripled. Shifting from an illicit to a licit market for marijuana is linked to reduced crime, which carries additional benefits to society.

Nearly all the available evidence counters the core arguments of legalization opponents. One can only hope that, in time, reason will prevail.