Is Capitalism To Blame For The U.S. Opioid Crisis? 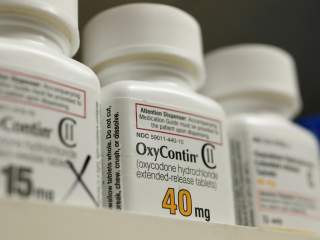 For capitalism’s critics, the opioid crisis is a powerful witness for the prosecution. They charge that inequality, stagnant wages, immobility, job loss — the four horsemen of the neoliberalism endgame — have generated a massive surge in “deaths of despair,” especially from overdoses of opioid drugs. Case closed.

But a new NBER working paper “Origins of the Opioid Crisis and Its Enduring Impacts” suggests a different theory of the case, one that focuses on a supply rather than demand explanation.

From the paper (bold by me):

Overdose deaths involving opioids have increased dramatically since the mid-1990s, leading to the worst drug overdose epidemic in U.S. history, but there is limited empirical evidence on the initial causes. In this paper, we examine the role of the 1996 introduction and marketing of OxyContin as a potential leading cause of the opioid crisis. We leverage cross-state variation in exposure to OxyContin’s introduction due to a state policy that substantially limited OxyContin’s early entry and marketing in select states.

Recently-unsealed court documents involving Purdue Pharma show that state-based triplicate prescription programs posed a major obstacle to sales of OxyContin and suggest that less marketing was targeted to states with these programs. We find that OxyContin distribution was about 50 percent lower in “triplicate states” in the years after the launch. While triplicate states had higher rates of overdose deaths prior to 1996, this relationship flipped shortly after the launch and triplicate states saw substantially slower growth in overdose deaths, continuing even twenty years after OxyContin’s introduction. Our results show that the introduction and marketing of OxyContin explain a substantial share of overdose deaths over the last two decades.

Now these findings don’t rule out the “deaths from despair” thesis, but the researchers add that the effects of the supply-side shock studied in this paper “persist” even when they account for demand-side factors. From the paper’s conclusion: “Overall, we find strong evidence that the marketing practices of OxyContin interacted with state-level policy conditions led to dramatically reduced overdose death rates in triplicate states. By deterring OxyContin’s widespread introduction in 1996, triplicate programs appear to have protected some states against the long-term fatal overdose trends experienced by most other states.”