Caught: China's J-11 Fighter Sure Does Look Like a Copy of Russia's SU-27 'Flanker' 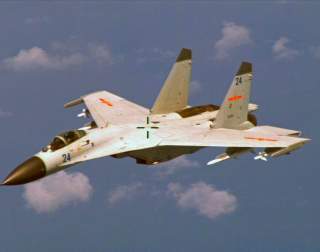