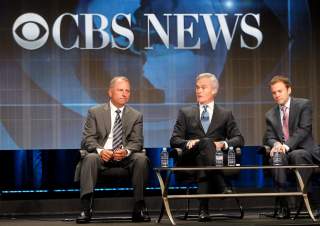 CBS News announced Sunday night that it stands by its reporting that indicates the whistleblower is under federal protection after one of the lawyers for the person disputed the claim.

The whistleblower filed a complaint in August accusing Trump of pressuring Ukrainian President Volodymyr Zelensky to look into former Vice President Joe Biden and his son, Hunter Biden, during a phone call July 25. The House of Representatives launched an official impeachment inquiry following the complaint.

CBS News’ “60 Minutes” tweeted Sunday that it “obtained a letter” indicating the whistleblower is under federal protection. Mark S. Zaid, one of the whistleblower’s attorneys, said CBS had “completely misinterpreted” the letter.

The outlet tweeted late Sunday that it stands by its sources and reporting regarding the whistleblower.

“Is @60Minutes now asserting it has a source other than letter our legal team sent to @ODNIgov?” Zaid asked on Twitter early Monday morning. He continued on to suggest CBS “is literally making stuff up.”

Is @60Minutes now asserting it has a source other than letter our legal team sent to @ODNIgov?

Because if it doesn’t, and I know it doesn’t, then it is literally making stuff up. That helps no one, especially the #whistleblower.

“Tonight, 60 Minutes has obtained a letter that indicates the government whistleblower who set off the impeachment inquiry of President Trump is under federal protection because he or she fears for their safety,” CBS News’ Scott Pelley reported Sunday.

CBS News gave the same statement as its tweet to the Daily Caller News Foundation.