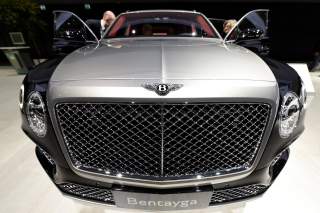 Here’s a new animated “bar chart race” visualization above showing the world’s top ten billionaires in every year from 2000 to 2019 based on data from business magazine Forbes’ annual lists of the World’s Billionaires via Wikipedia. I’ve slowed this visualization down to four seconds per year to make it easier to absorb the annual changes, and have added flag graphics to indicate each billionaire’s home country. Some additional summary statistics appear in the chart below showing the number of billionaires in each year and their combined net worth.

1. Bill Gates was the world’s richest person in many of the years from 2000 to 2019 and was among the top three in every year.

2. Mark Zuckerberg and Jeff Bezos appeared in the world’s top ten billionaires for the first time in 2016, and Jeff Bezos very quickly rose to become the world’s richest person this year with a net worth of $131 billion — 36% more wealth than Bill Gates ($96.5 billion) and 59% more than Warren Buffett ($82.5 billion).

3. The Koch brothers first appeared on the top ten billionaire list in 2013.

4. Various members of the Walton family appear on the list in many of the years thanks to the success and profitability of Walmart.

7. You can see the huge decline in the billionaires’ net worth in 2009 during the Great Recession.

Bottom Line: Many of the world’s richest billionaires  are successful entrepreneurs who accumulated large fortunes by providing low-cost goods at brick-and-mortar retailers like Aldi, Trader Joe’s, Walmart and Ikea, and through online e-commerce platforms like Amazon, and in the process have generated cost savings and value for consumers (especially low and middle-income households) in amounts that are collectively far in excess of their personal wealth. Other successful billionaires/entrepreneurs like Bill Gates created entire new industries that also generated value for consumers that far exceed the personal wealth of innovators like Gates. It could maybe be described as a kind of reverse/perverse, soak-the-rich Marxism that consumers have actually “exploited” the billionaires above by “extracting” more value, savings, and wealth collectively from those entrepreneurs than the value of their personal fortunes. And it’s arguably not even close — the wealth and value generated for society by successful entrepreneurial billionaires dwarfs their personal fortunes, which were only made possible because they made the lives of millions of consumers better off.

Mark J. Perry is concurrently a scholar at AEI and a professor of economics and finance at the University of Michigan's Flint campus. He is best known as the creator and editor of the popular economics blog Carpe Diem. At AEI, Perry writes about economic and financial issues for American.com and the AEIdeas blog.