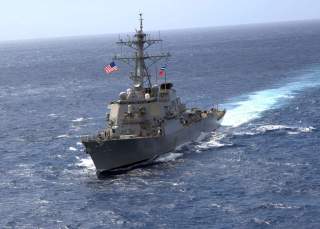 27 Jan. 2020 -- "Today we are moving to the offensive," says Navy Vice Adm. Rich Brown, commander of U.S. Naval Surfaces Forces. The concept is grounded on a paradox ... be ready to fight and kill today and tomorrow ... to keep the peace.

The Tomahawk missile has been one of the Navy's effective attack weapons for decades, providing the technical basis for the Navy's current effort to fast-track the Maritime Strike Tomahawk. This new weapon takes the existing Block IV Tomahawk to a new level by adding new seeker and guidance technology - enabling the weapon to hit moving targets at sea.