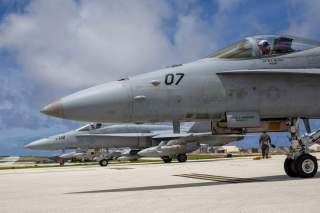 EPE is one of the several improvements that could feature the Advanced Super Hornet.

As reported by DefenseNews, the U.S. Navy has awarded to General Electric (GE)a $114.8 million contract aimed to install new engines on the service F/A-18 Super Hornet and EA-18G Growler aircraft.

Noteworthy the new engine could be the so called General Electric’s enhanced performance engine (EPE), that would increase the F414-GE-400’s power output from 22,000 lbs to 26,400 lbs. EPE development commenced in 2009 and features several improvements over the standard F414-GE-400, including greater resistance to foreign object damage, reduced fuel burn rate, and potentially increased thrust of up to 20%.

As explained by Department of Defense (DoD), the work will be carried out in several locations: Lynn, Massachusetts, Hooksett, New Hampshire, Rutland, Vermont and Madisonville, Kentucky. Naval Air Systems Command (NAVAIR), at Naval Air Station (NAS) Patuxent River, Maryland is overseeing the project, that is due to be completed in Feb. 2019.

EPE is one of the several improvements that could feature the Advanced Super Hornet.

The aircraft in fact would have a 50% reduction in frontal radar cross-section (RCS), conformal fuel tanks (CFTs), and an enclosed weapons pod (EWP). An Advanced Super Hornet prototype was self-funded by Boeing and Northrop Grumman and its flight tests began on Aug. 5, 2013 and continued for three weeks, testing the performance of CFTs, the EWP, and signature enhancements.

In March 2013, the U.S. Navy was considering the widespread adoption of conformal fuel tanks, which would allow the Super Hornet to carry 3,500 lb (1,600 kg) of additional fuel. Flight testing demonstrated CFTs could slightly reduce drag while expanding the combat range by 260 nautical miles. Boeing stated that the CFTs do not add any cruise drag but acknowledged a negative impact imposed on transonic acceleration due to increased wave drag, hence the EPE development as a mitigating measure.