Check out These Best Guns of 2019 Before the Year Ends 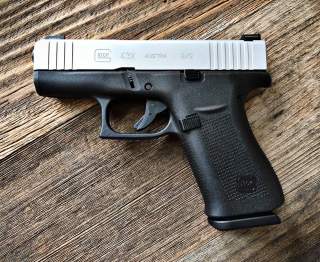 Key point: Every year new and improved firearms are introduced.

New firearms, often designed and developed under a veil of secrecy, are typically introduced at the National Shooting Sports Foundation SHOT Show. Held each winter in Las Vegas, Nevada, the SHOT Show is a firearms industry event that often sees dozens of new weapon designs released by manufacturers big and small. Here is what you might see:

For years, Colt’s line of “snake guns”—named after serpents, the Python, Cobra, Anaconda, and so on—were considered some of the finest revolvers ever made. The King Cobra was a medium frame revolver chambered in .357 Magnum. Based on the Colt Trooper, the King Cobra was sold in blued, satin stainless, and bright stainless finishes, and was available in 2.5-inch, three-, four-, six- and eight-inch barrel lengths.

The new Colt King Cobra is essentially the same gun with some updates. The relaunch revolver features a three-inch barrel, with other lengths likely in the near future. It features a brass bead front sight, Hogue Overmolded grips, and a brushed stainless finish. The new King Cobra features a modernized look, with straighter, sharper lines, but it’s still the same gun that was first released in 1986.

The Glock 43X and 48 handguns are slimline models, meaning they are approximately one-inch wide to improve concealability over wider Glock handguns. Each carries ten rounds of nine-millimeter ammunition in a single stack magazine. Trigger pull between the two handguns is identical, at 5.4 pounds, and well within Glock’s average trigger range. The two new handguns come in a two-tone silver and black configuration, differentiating them from the rest of Glock’s inventory.

Sig Sauer’s line of MPX rifles, pistols and carbines resembles the AR-15 platform with one key difference: the MPX series uses a gas piston operating system, eliminating the need for a buffer tube assembly. The result is a weapon that can fold down its shoulder stock even further than the AR-15 while still being able to fire, resulting in a very compact weapon system.

Sig’s new MPX-series weapon for 2019, the Copperhead, is more compact than ever before. Sporting a 3.5-inch barrel, the Copperhead measures a mere 14.5 inches fully extended. The nine-millimeter weapon is equipped with a twenty-round magazine, fully ambidextrous controls and a Pivoting Contour Brace (PCB) that can function as either a shoulder stock or arm brace. The Copperhead weighs just 4.5 pounds. Sig claims that the Copperhead can run a full range of nine-millimeter ammunition without user adjustments to the gas system.

The popularity of the AR-15 platform, as well as the enormous number of aftermarket accessories, has made the form factor an attractive one for gun manufacturers. A weapon resembling the AR instantly has access to a wide variety of modifications, from shoulder stocks to forward pistol grips and aiming devices.

Kyle Mizokami is a writer based in San Francisco who has appeared in The Diplomat, Foreign Policy, War is Boring and The Daily Beast. In 2009 he co-founded the defense and security blog Japan Security Watch. This first appeared in January 2019.