China and the EU Are No Examples for U.S. Tech Innovation 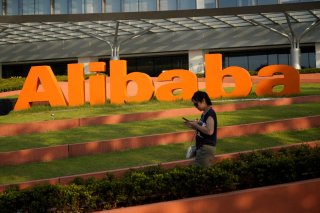 The campaign to “rein in Big Tech” in America continues to gain momentum. The recent Facebook whistleblower testimony in Congress on the platform’s alleged harm to children and democracy—though not an antitrust issue—was followed by the introduction of a Senate “antitrust reform” bill. That legislation would heavily regulate Big Tech business transactions by blocking companies like Amazon and Google from advertising their products on their own platforms, among other restrictions. Far from promoting competition, the net result would be an intrusive weakening of U.S. international competitiveness.

Notwithstanding other controversies about these platforms, many Big Tech critics argue that the large players in the field are limiting competition and stifling innovation, and those critics increasingly point to Europe and China as justification for a similar U.S. crackdown. But this assessment couldn’t be further from the truth. Both Beijing and Brussels are shooting themselves in the foot, and Washington could lose the U.S.-China tech competition if it does the same.

Big Tech’s opponents often claim that because of megafirms’ market power, smaller companies are reluctant to invest in challenging their dominance and that successful startups are often bought out by resourceful incumbents. But venture capital wouldn’t have supported many of the startups if there weren’t a chance of being acquired. As prominent tech industry analyst Ben Thompson points out, “investors have the freedom to be more speculative in their investments, and pay more attention to technological breakthroughs and less to monetization, because there is always the possibility of exiting [investments] via acquisition.” This positive effect of potential acquisitions was also acknowledged by a European Commission report in 2019.

What’s more, startup acquisitions by large platforms benefit consumers by speeding up the diffusion of new technologies. The potential of being acquired by such platforms also inspires small entrepreneurs who specialize in invention but not in large-scale production to establish startups dedicated to new technologies.

Big Tech platforms have plenty of incentives to innovate on their own, too. According to the 2020 EU industrial R&D investment scoreboard, six of the top ten investors in Research and Development (R&D) are U.S. companies, and the top four of those six are tech giants: Alphabet, Microsoft, Apple, and Facebook. They all have significantly ramped up their R&D investment from five years ago while making acquisitions.

China’s spectacular catch-up with the West on technology has much to do with its lenient antitrust enforcement, and Beijing knows that. For years, Chinese regulators’ approach to the tech sector has been known by the slogan “tolerance and caution”—on their part. In 2017, Chinese Premier Li Keqiang stressed that, in order to create favorable conditions for innovation, China’s regulatory regime needed to be accommodating and prudent as long as companies did not cross the Communist Party’s red lines. For over two decades, hundreds of Chinese companies, including Alibaba and Didi, were able to exploit a regulatory loophole to raise the needed capital in U.S. stock exchanges because of Beijing’s acquiescence.

Beijing started to talk up antitrust regulations only before the recent tech crackdown. In February, China’s antitrust regulator published a guideline on the platform economy that changed its accommodating approach to “targeted and scientific enforcement.” But the reversal was primarily motivated by Beijing’s national security strategy rather than any epiphany that reining in on Big Tech would spur innovation—it wouldn’t. Beijing’s recent moves showed a determination to pull its economy away from America, and clamping down on its tech giants that are so intertwined with Western interests is necessary for enforcing the new red line. But that approach may well slow the rate of Chinese platform innovation.

Unlike China, the European Union has consistently employed a regulatory antitrust approach toward “dominant” high-tech firms. In recent years, this has repeatedly featured high antirust fines levied against leading American winners, including Google, Amazon, Facebook, and Qualcomm. This approach has not strengthened the hand of European platforms, as none of the twenty largest digital platforms have European origins. Despite clear harm to innovation, the EU antitrust enforcers appear to be doubling down with a “precautionary approach” that regulates novel business conduct by big digital platforms.

The lesson for U.S. policymakers is unequivocal: The American ingenuity that spawned the internet economy and created amazing new products and industries has not happened by accident. The internet economy and its latest manifestation, Big Tech platforms, have thrived in an environment of “permissionless innovation” that has avoided heavy-handed regulatory intervention. Abandoning this recipe for success in favor of statist Chinese or European controls over big companies would be a sure way to undermine American innovation and high tech-driven economic growth.

Alden Abbott is a senior research fellow with the Mercatus Center at George Mason University and formerly served as the Federal Trade Commission’s General Counsel.

Weifeng Zhong is a senior research fellow with the Mercatus Center and a core developer of the open-sourced Policy Change Index project, which uses machine-learning algorithms to predict authoritarian regimes’ major policy moves by “reading” their propaganda.