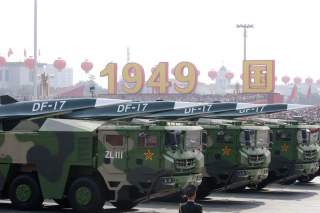 Key point: The Cold War era scenario that underpinned the INF for thirty-one years has disappeared.