China in the Arctic and Antarctic: A Threat? 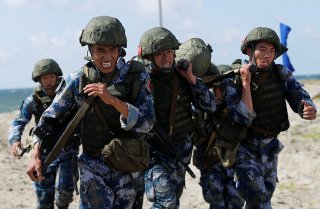 Climate change has started to show its undeniable effects in global geopolitics. Its first consequences are seen in both polar continents, as their ice caps are increasingly melting. The United States, China and Russia are justling for influence in the Arctic, while the Antarctic has begun to experience similar characteristics, with the additional involvement of other European and Latin American powers.

The growing access to the Arctic ocean has transformed the region into a front of geopolitical tension because of its value as a commercial route and its natural resources. The Arctic has around 13 percent of non explored oil reserves, 30 percent of gas, and an abundance of uranium, minerals, gold, and diamonds. Greenland possesses the largest reserves of minerals outside China needed for the production of batteries and phones. For China itself, it is an important source of minerals and for the establishment of a route towards the United States. China seeks to develop a polar silk road as part of its global program in the construction of railways, ports, and other works in dozens of countries.

While mining in Greenland has high costs due to the environment, these can be reduced as the ice caps melt. This allows demand for potential buyers. From a strategic point of view, Greenland forms part of what the United States considers a crucial path for naval operations in the Arctic and the North Atlantic. It is also important because of its proximity to the United States. For these reasons the former U.S. secretary of defense, Gen. James Mattis (retired), pressured Denmark to reject Chinese financial investments into three commercial airports in Greenland.

China uses its Belt and Road initiative as a debt trap, investing in regions to create debts that cannot be repaid. In exchange, Beijing steals strategic assets. In this manner, China has acquired strategic assets like a port in Sri Lanka. It is China’s belief that the polar regions will contribute to its development even though they are located far from them. Beijing, therefore, plans to emulate its actions in the South China Sea for the Arctic and Antarctic. In the South China sea, it slowly invaded disputed areas, establishing infrastructure and avoiding conflict. In this way, it, therefore, expanded its economic and military capacities, as well as its interests and sovereignty.

Beijing is planning the construction of submarines to operate in the arctic and it has examined how to build submarines capable of surfacing out of the ice caps. The Chinese icebreaking vessel Xue Long II was sent to the thirty-sixth Antarctic mission of China to supply the scientific base of Zhonstan, one of the four which China maintains in the area. This was the first time that type of Chinese vessel arrived in the Antarctic, demonstrating Beijing’s growing interest to consolidate its presence. This natural resources-rich region has been disputed by numerous countries, although litigations have been practically frozen since 1961 by the Treaty of the Antarctic. China has therefore forced itself into a complex system of relations, having launched its first expedition only in 1983. In comparison, the countries that have been historically connected to the region like Argentina, Australia, Chile, France, Norway, New Zealand, and the United Kingdom have undertaken missions since the nineteenth century, and the seven territorial claims date to the first part of the twentieth century.

China’s relations with Latin America cannot be separated from its ambitions in the Antarctic and will be fundamental for its expansionism in the years to come. In the 1990s, as military dictatorships were falling in Latin America, President Bill Clinton sought to promote neoliberalism in the region. But the failure of this policy and the rise of local nationalistic leftists left the United States with few friends in Latin America. After the financial crisis of 2008, China took advantage of the economic conditions in Latin America to expand their presence. Washington’s policies under President Donald Trump toward Latin America have allowed China to continue to consolidate itself in the continent.

Aside from its wealth in natural resources and its potential to supply Chinese markets with commodities, Latin America has a strategic significance. Since Washington has a network of alliances neutralizing Beijing’s expansionism in the Pacific, China’s aim is to ship its influence to the Western hemisphere. This encirclement includes Beijing’s aim to end the external recognition of Taipei by using its leverage on Latin American countries, many of whom have diplomatic relations with Taiwan. Panama, the Dominican Republic, and El Salvador are some of the most recent countries to have dropped recognition of Taiwan.

China’s economic and geopolitical interests are therefore interrelated. Beijing has invested in great infrastructure projects, from the Tren Maya connecting the beaches of Riviera Maya and destinations in the Yucatan peninsula, to a space monitoring station in Argentina. These investments stimulate their economies, while allowing Beijing the capacity to exercise their power over critical sectors and making Latin America dependent on China. Chile, Peru, Uruguay, Argentina, Brazil, and Venezuela are countries that are increasingly falling into this debt trap. Already, China has overtaken the IMF and the World Bank as Latin America’s largest lender. China aims to facilitate the acquisition of projects for its companies, to assure Chinese products have a competitive edge in Latin America against the United States, and to internationalize its currency. Moreover, these investments also change the conditions of employment, as there is uncertainty of whether the jobs created are for locals or to create Chinese immigration to Latin America.

Brazil under President Jair Bolsonaro and Argentina under President Mauricio Macri, two U.S allies, have both employed tough anti-China rhetoric, only to find out their economies cannot survive without Beijing’s demand for their production of soy and raw materials. Not only has the role of the United States in Latin America’s trade gone down nearly 20 percent from 2000 to 2015, but Washington is also a competitor in agricultural production. Additionally, Beijing projects itself as a cyberpower, and has become part of the construction of the 5G network in Colombia, the country frequently described as the “U.S staunchest ally in Latin America.” In Argentina, the Chinese space monitoring station, managed by an agency linked to the People’s Liberation Army, is fenced off to Argentine officials, with no idea what communications it might be capturing in the region.

For the last ten years, Argentina has sought to pass laws that seek to reclaim their continental platform which they believe extends to the Antarctic. This year, Governor of Buenos Aires Axel Kiciloff indicated that the largest province in the country was the Antarctic, assuming the province of Buenos Aires was not considered. This reflects the notion for Buenos Aires the British Empire amputated its territorial integrity. Chile’s and Argentina’s relationship is also complex, reaching times bordering on war. With the arrival of President Alberto Fernandez, the relationship has experienced strong disagreements around maritime delimitations and Buenos Aires has sought to neutralize Chile’s projection towards the Antarctic. This same year, Uruguay received the Russian research vessel Admiral Vladimirsky on its way to the Antarctic to celebrate the 200-year-old discovery by Russian explorers, an event disputed by the British, and conduct a research expedition. China aims to catch up and it has mobilized towards the region since it experienced economic growth in 1990. Beijing considers it highly strategic, something shared by the rest of the world. China’s four bases and the construction of a fifth one, are dispersed throughout the Antarctic giving it a wide and ample reach into the continent.

Since 1983, Beijing has been a signatory to the Antarctic Treaty which prohibits new territorial claims, other than the seven original ones. If China decided to alter this position, it would have to abandon the treaty or push for a reform in 2048. This treaty has been instrumental in avoiding conflicts between the numerous countries that have territorial claims and also between those that possess research centers since it forbids military activities and establishes freedom for scientific work. The treaty also prohibits mining in order to protect the environment. While the Antarctic is rich in petroleum, gas and other minerals, it’s tough climatic conditions have made it expensive for its exploitation.

But the increasing Chinese interest in the Antarctic, especially after Xi Jinping took over, has generated worries to all the signatories of the treaty, especially those with claims in areas that have Chinese bases. Since 2013, China has pressured for the establishment of a Specially Designated Area in the Antarctic. It has argued that it wants to protect the environment around its base. Nevertheless, this is a false pretense, and it is viewed with suspicion by the other powers.

The Kunlun station was established in 2009 and it is located in one the highest points of the antarctic, with both potential military and civilian applications. The center has been used for the Chinese space program and it has become a matter of pride for Beijing due to their belief they have reached parity in scientific research with the United States and Russia in the South Pole. More specifically, the Antarctic has a special role to play in the modernization and expansion of the Chinese Armed Forces. The base is essential for the development of a Chinese satellite system of navigation, similar to the GPS, Galileo, and Glonass. Satellite navigation systems are crucial in times of war since they are used to position and measure the timings of missiles. This station is perfectly positioned to increase the precision of Chinese navigation systems, therefore increasing their capacity.