China Claims to Have Anti-Stealth Radar 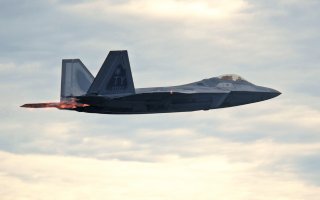 At its recent Zhuhai airshow, China unveiled what it’s touting as anti-stealth radar. The Eurasian Times described the YLC-8E as a “super-radar” and “a significant addition to the People’s Liberation Army’s anti-stealth capabilities, a development seen as a major challenge for the US’ highly advanced F-35 and F-22 fighter jets.”

The report said that the product is from the China Electronics Technology Group Corporation (CETC), which is seen as “generating an electromagnetic (EMW) storm which would serve to acquire the location of incoming stealth aircraft.”

The technology is controversial, however. While, per the Eurasian Times, China has hinted that “high-energy quantum particles would be able to acquire targets not typically visible to radars,” one MIT expert quoted by the publication has doubts about that.

The Eurasian Times also went into how the technology was developed.

“The YLC-8E is the brainchild of the Chinese state-owned CETC and has been touted to be the ‘flagship of Chinese stealth radar,’” the piece said. “The device has been described as the world’s first UFH band anti-stealth radar system and also the pioneer in special high-frequency radar technology and active phase-controlled array radar coupled with a novel anti-stealth sharp device.”

China’s anti-stealth efforts began in the early 2020s. The government-backed Global Times touted China’s development of such technologies at that time.

At the time, Russia had also been claiming for some time to have developed anti-stealth technology and that the United States was hoping to achieve that type of technology as well.

“In the end, the problem with evaluating anti-stealth is the same as evaluating stealth: we really won’t know how well any of this work until it is used in combat. The F-35 has been used in minor conflicts like Syria, operating against second-string or non-existent air defenses,” according to Michael Peck. “But stealth—or anti-stealth—will only be proven in a conflict between powers that possess advanced aircraft, radars and anti-aircraft missiles. That means America, Russia and China.”