China Could Soon Be Producing Its Own Powerful Jet Engines 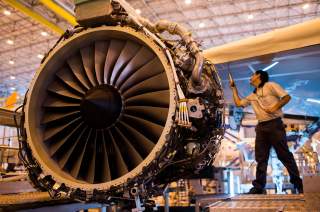