Is China Getting Ready for an East China Sea Showdown? 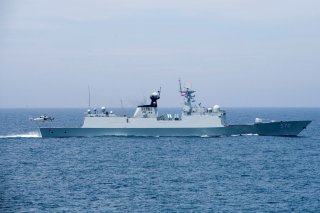 Isolating your opponent is a necessary precursor to waging limited war. It simplifies matters before a one-on-one fight, skews the balance of forces in your favor, and thus lifts your chances of a quick, clean triumph. The U.S.-Japan alliance has not fractured diplomatically, but Beijing might conclude that it has fractured militarily—albeit temporarily—as Japan’s ally battles the coronavirus and takes ships and aircraft offline. If so, Beijing may see a window of opportunity cracking open that might never crack open again. It will be tempted to act before that window slams shut. Whether it will yield to temptation remains to be seen.

On second thought, maybe we should make an exception to Heinlein’s razor for the CCP: Never attribute to human failings Chinese Communist deeds that are adequately explained by villainy—but don’t rule out human failings, either. Judging from Beijing’s misdeeds of recent years, the odds side with you if you shift the burden of proof to Xi Jinping & Co. This heuristic is safer, too. It keeps you alert.

James Holmes is J. C. Wylie Chair of Maritime Strategy at the Naval War College and coauthor of Red Star over the Pacific, a fixture on the Navy Professional Reading List. The views voiced here are his alone.