Is China Testing to See if Taiwan Is Vulnerable to a Major Air Attack? 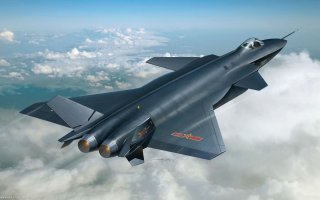 China recently conducted a flyover over Taiwan’s Air Defense Identification Zone (ADIZ). The flyover consisted of J-16 twinjet airplanes and Chengdu J-10 fighter jets. The communist country conducted larger flyovers of the ADIZ in October 2021 too. Its aggressive behavior is indicative of its interest in showing that Taiwan is vulnerable to a major air attack.

Unfortunately, Taiwan does not appear to have a large air defense or a large number of advanced surface-to-air missiles (SAMS). The Taiwanese military is known to operate Patriot missiles and is in the process of acquiring more, according to numerous news reports. But Patriot interceptors are not equipped to counter fighter jets. A Patriot missile can track and destroy an incoming ballistic missile. It can track multiple maneuvering targets at once. That said, it falls short of being able to attack overhead fighter jets.

Could Taiwan counter Chinese fighter jets with SAMS? It’s possible. That successful feat may come down to a question of size, numbers and territory. Would an effective SAMS allow Taiwan to counter a large Chinese air campaign? That may be unclear. Taiwan has domestically engineered surface-to-air missile systems built by the Taiwan-based National Chung-Shan Institute of Science and Technology. These weapons have the ability to track and intercept ballistic missiles, fighter jets and other airborne threats operating within ranges of two hundred kilometers, according to Army Technology.

The Tien-Kung III—also known as the Sky Bow III—is a land-based air defense weapon system that is engineered with an active radar guidance system. It is “a directional warhead with high-energy fragments enables the missile to destroy targets with high single-shot probability of kill,” according to an Army Technology information sheet. “The missile launcher has four containers, which support both TK III and TK II missiles.”

These weapons are currently being integrated into fixed locations around Taiwan.