China Threatens America's Inventive Genius (Just Not How You Think) 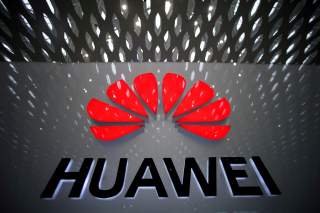 Key point: America should be concerned about China’s intellectual property theft and more about how to keep beating Beijing in inventing new technology.

Sometimes I refer to America’s capacity for entrepreneurial innovation as its “secret sauce” or “deep magic.” But there’s really no mystery here, supernatural or otherwise. America has a relatively low-tax, light-regulation economy and a culture that admires business success while also treating failure as a potential comeback story. In addition, America remains a premier destination for immigrants who want to do great things for themselves and dream big dreams for their kids.

Washington also plays a key role in that pro-growth ecology. Explaining that role is a big part of The Code: Silicon Valley and the Remaking of America by historian Margaret O’Mara. From the book: “From the Bomb to the moon shot to the backbone of the Internet and beyond, public spending fueled an explosion of scientific and technical discovery, providing the foundation for generations of start-ups to come.”

What government does or doesn’t do matters. In the paper “A Toolkit of Policies to Promote Innovation,” economists Nicholas Bloom, John Van Reenen, and Heidi Williams offer judgments of various innovation policies:

In the short run, research and development tax credits and direct public funding seem the most effective, whereas increasing the supply of human capital (for example, through expanding university admissions in the areas of science, technology, engineering, and mathematics) is more effective in the long run. Encouraging skilled immigration has big effects even in the short run. Competition and open trade policies probably have benefits that are more modest for innovation, but they are cheap in financial terms and so also score highly.

Which brings us to China and the supposed threat it poses to America’s technologically-driven economic leadership in the 21st century. Now there’s no doubt that China continues to climb the innovation ladder. And that will almost certainly continue. As my AEI colleague Derek Scissors told me last year on my Political Economy podcast: “China is going to be an important player on the global scene across all the dimensions you talked about, but we need to get them to cheat less.”

And Martin Wolf writes in the Financial Times (bold by me):

China will not accept permanent inferiority. We should not want it to be permanently inferior either. We should instead want the energies of the Chinese people to build on our ideas. That is how progress occurs. China’s desire to gain access to the best technology is inevitable and, in the long run, likely to be beneficial. In any case, the leakage of knowhow is inevitable. The flow will not stop. … China is already a source of new knowhow. For this reason, its own interest in protecting intellectual property is growing. This ought to be the foundation of a new settlement between China and its partners. In the long run, we should expect the idea flow to become ever more two-way. Finally, people in advanced countries should fixate less on protecting the knowhow they have and more on the resources and institutions that will sustain innovation. The value of existing knowledge erodes as it flows. Further advances are essential.

America can’t lower the river, so it better work harder on raising the bridge.

James Pethokoukis is the Editor of AEIdeas and a DeWitt Wallace Fellow.