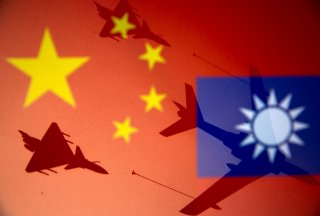 Despite the fact that it has been grappling with its first serious coronavirus outbreak since the beginning of the global pandemic in early 2020, Taiwan has had a fairly positive past month in terms of its engagement with, and support by, regional partners. The regime in Beijing, which continues its effort to isolate Taiwan internationally, is now in the difficult position of having to express its discontent over these developments while avoiding overreaction that could create the rationale for even closer relations between Taiwan and other countries. Complicating Beijing’s balancing act is the very ultranationalism the Chinese Communist Party (CCP) has cultivated since the 1990s to bolster its legitimacy with the Chinese people.

Beijing’s setbacks began back in April, with the Joint Statement between U.S. president Joe Biden and his Japanese counterpart, Prime Minister Yoshihide Suga, which “underscore[d] the importance of peace and stability across the Taiwan Strait and encourage the peaceful resolution of cross-Strait issues.” Such direct reference to Taiwan by a Japanese prime minister had not been heard for more than half a century. This was followed the next month by a similar statement, this one by President Biden and South Korean president Moon Jae-in, which again “emphasize[d] the importance of preserving peace and stability in the Taiwan Strait.” While carefully worded, the unprecedented reference to Taiwan by a South Korean leader also signaled that countries within the region were becoming increasingly alarmed with China’s destabilizing behavior—particularly the high number of intrusions by aircraft from the People’s Liberation Army Air Force and Navy into Taiwan’s southern Air Defense Identification Zone (ADIZ). Four days before the Biden-Suga joint statement, a total of twenty-five PLA aircraft—14 J-16 multi-role fighters, four J-10 multi-role fighters, four H-6K bombers, 2 Y-8 anti-submarine planes, and one KJ-500 airborne early warning and control plane—entered Taiwan’s ADIZ, a new high since the PLA began intensifying its military activity in the region in 2020.

One strategic mistake Beijing may have committed earlier this year was its refusal to reduce its military activity around the Taiwan Strait during the transition period in Washington. Whether due to hubris or a failure to understand the fact that the incoming Biden administration would likely continue, and in some cases expand upon, the Trump administration’s policies toward Taiwan, China’s military assertiveness created the incentives for continued support for Taiwan and the maintenance of U.S. military patrols in the area.

Beijing’s persistent efforts to interfere with Taiwan’s coronavirus response, which included the alleged sabotaging of Taipei’s negotiations with German vaccine manufacturer BioNTech in August 2020, and renewed campaign to ensure Taiwan’s exclusion from the WHO’s World Health Assembly in May, underscored, perhaps like never before, that the CCP prioritizes politics over the lives of the so-called “Taiwanese compatriots.”

The growing threat from the PLA, added to Beijing’s animus toward Taiwan in times of a global health emergency, created the perfect storm for more recent developments that have greatly benefited Taiwan and caused consternation in China. On June 4, the Japanese government delivered 1.24 million doses of the AstraZeneca vaccine to Taiwan, which has encountered difficulties in procuring vaccines amid a global shortage. The donation followed repeated warnings by Beijing, which regarded the move as political maneuvering by “Taiwan separatists” and insists that its own vaccine should be distributed in Taiwan. China’s efforts not only failed, but Tokyo, usually cautious about needless angering Beijing, did nothing to avoid offending China by delivering the vaccines on the day marking the anniversary of the Tiananmen Square Massacre in 1989 (Tokyo maintains that this was purely coincidental).

The same day, the U.S. government announced that Taiwan would be among the countries included in the first tranche of the approximately 80 million doses the U.S. will distribute worldwide. On June 6, three U.S. senators—Tammy Duckworth (D) and Senator Dan Sullivan (R) of the Senate Armed Services Committee (SASC), and Senator Christopher Coons (D) of the Senate Foreign Relations Committee—landed in Taipei on board a USAF C-17 Globemaster III strategic transport aircraft. During that three-hour visit, the U.S. senators revealed that Taiwan would be receiving 750,000 coronavirus vaccine doses.

Later that week, following bilateral talks, the defense and foreign ministers of Japan and Australia issued a 2+2 statement in which they “underscore[d] the importance of peace and stability across the Taiwan Strait and encourage the peaceful resolution of cross-strait issues.” Lawmakers from Japan’s ruling Liberal Democratic Party, meanwhile, were also calling on the government to strengthen ties with Taiwan and prepare for various contingencies in the Taiwan Strait.

With these developments, the very foundations of Beijing’s efforts to isolate Taiwan seemed to be collapsing. No doubt with some encouragement by the Biden administration, countries that hitherto had been reluctant to mention Taiwan in their official statements were now doing so; what’s worse, such departures from longstanding policy seemed to suggest that the Biden administration’s commitment to a renewed multilateral posture in the Indo Pacific was bearing fruit, and that Taiwan was, if not at the very center of it, then at least one of its components.

These recent developments are largely attributable to Beijing’s behavior since 2020, assertiveness that has fueled apprehensions within the region while underscoring the necessity of embracing Taiwan so as to deter possible escalation by China.

There is reason to believe that the Chinese leadership was beginning to comprehend the repercussions of that behavior even before last weekend’s developments. One indication is that soon after the U.S.-Japan joint statement on April 16, the number of PLA intrusions into Taiwan’s ADIZ dropped significantly. On most days when the PLA conducted such activity, only one or two aircraft were involved. Moreover, besides the quantitative drop (as Nikkei Asia notes, from an average of 3.4 aircraft per incident prior to April 16 to 1.9 thereafter), in most instances, the platforms involved were surveillance aircraft rather than the more immediately threatening long-range bombers and combat aircraft that had comprised previous sorties in the past. The reduction—and its timing—gives reason to conclude that Beijing had realized that continued military escalation against Taiwan would only further incentivize the U.S. and Japan to adopt countervailing measures that would benefit Taiwan.

Another motivation for reducing PLA activity near Taiwan could stem from reports in late May alleging that the U.S. Seventh Fleet’s sole aircraft carrier, the USS Ronald Reagan, could be redeployed to the Afghan theater this summer to relieve the USS Dwight D. Eisenhower in the North Arabian Sea amid the U.S. forces pullout from Afghanistan, which is set to be completed by September 11. The Department of Defense has not confirmed the redeployment. If true, this would leave the Pacific without a U.S. carrier battle group, a development which Beijing would certainly welcome. Consequently, until this happens, Beijing has every incentive to tone down its military activity so as to encourage DoD and the Biden administration to commit to redeployment. Conversely, continued PLA destabilizing activity in the region could make it more difficult for Washington to argue that it can safely redeploy the USS Ronald Reagan, an alleged plan which has already sparked loud opposition in Washington.

Whatever the reason for its decision to reduce PLA activity around Taiwan since mid-April, Beijing has not been rewarded—if that is indeed what it expected—with an immediate reduction in U.S. engagement with Taiwan. And now China’s ultranationalists are taking note. Following relatively mild responses (the usual platitudes by the Taiwan Affairs Office and Ministry of Foreign Affairs) by Beijing to the Japanese gift of AZ vaccines to Taiwan and the high-profile visit by a USAF C-17, angry netizens lambasted the Chinese government for its inaction on platforms like Weibo, accusing it of doing nothing when the U.S. had crossed a red line—the very red line that the CCP mouthpiece the Global Times had once warned would require serious military retaliation against Taiwan. (Some particularly incensed netizens went as far as to recommend that the PLA should have shot down the C-17, a response that the PLA wisely did not heed.)

After a day of relative silence, China’s Ministry of National Defense called the visit a “very vicious political provocation.” Global Times editorials also express dismay, with one of them arguing that the visit was “the most serious provocation that the White House has made to the Chinese mainland over [the] Taiwan question since US President Joe Biden took office, which takes [a] salami-slicing tactic in developing an ‘official relationship’ with the island and eroding the one-China policy.” In the days following the U.S. visit, official PLA microblogging sites, including that of the PLA 80th Group Army, felt the need to let off some steam by posting propaganda posters with not-too-subtle warnings of “ready for war” against “Taiwan separatist forces.”

Although it may have made sense strategically to reduce tensions so as not to contribute to further foreign assistance to Taiwan, this strategy fueled perceptions domestically that it was weak and ultimately unable, or unwilling, to act upon its red lines over Taiwan. It remains to be seen whether this bottom-up discontent, fueled by hawkish elements within the CCP and ultranationalists among the public, will succeed in compelling Beijing to return to a policy of more overt coercion toward Taiwan. China has created a monster with its cultivation of and encouragement for ultranationalism. On some occasions, such as the instance of violence against Japanese interests in China in 2012, the regime has struggled to control its excesses. Should Beijing feel it cannot completely ignore domestic discontent over its failure to respond to a perceived assault on one of China’s “core interests,” it is conceivable that Xi Jinping could call for a more confrontational stance in the coming weeks and months, aimed principally at Taiwan, not so much as a signal of a new policy or preparation for war, but rather as a way to appease an angry public. No doubt articulated as a defensive move made necessary by external pressure, such a response could manifest itself through the resumption of more frequent, and militarily more significant, intrusions into Taiwan’s ADIZ or violations of the tacit “median line” in the Taiwan Strait. But there’s a catch: such a decision would in turn likely give ammunition to Taiwan’s allies in the U.S., Japan, and elsewhere, to continue deepening their engagement with the democratic island-nation to help guard it against a growing threat from China.