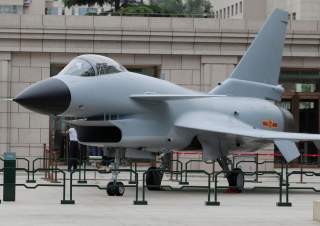 Key point: China's J-10 isn't as good anymore but it isn't doomed yet.