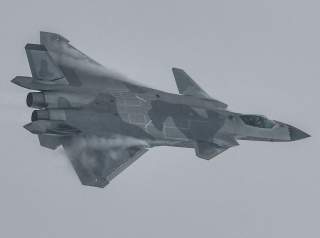 Key Point: Beijing has long stolen foreign technology and used it to reverse-engineer its own weapons.

Photos of the J-20 provide an up close and personal look at the fuselage of the new interceptor. But the photos also appear to show a sensor system that looks awfully similar to the Lockheed Martin Electro-Optical Targeting System (EOTS) on the front of the F-35 Lighting II.