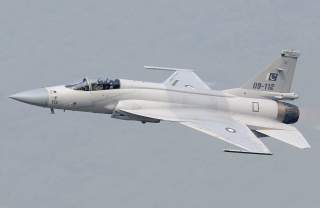 Key point: The largest advantage of the JF-17 is its cost.