China's Military Has the Finest (Stolen) Weapons on Earth 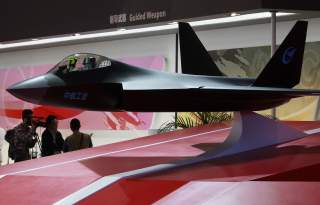 The J-31 looks very much like a twin-engine F-35, without the VSTOL capabilities of the F-35B.