Is China's Navy About to Overtake America's? 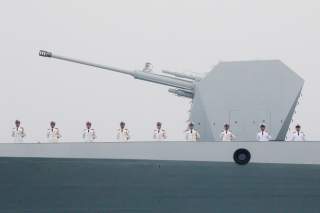