Is China's New 'Laser' Rifle the Ultimate Weapon or a Paper Tiger? 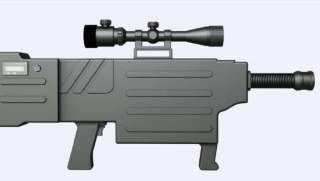 Stephen Chen caused a minor media sensation on July 1 when he wrote about a new Chinese laser rifle for the South China Morning Post.

Recommended: A New Report Reveals Why There Won't Be Any 'New' F-22 Raptor