China's Next Move: Invade the Philippines? 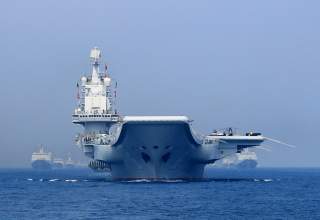 The Philippines should prepare to be invaded by China, warns a former top Philippines defense official.

However, it's not clear whether the warning was prompted by genuine fears of Chinese aggression or Filipino domestic politics.

"Within hours, the Chinese can destroy most of the country's defense facilities and probably some of our cities," former secretary of national defense and national security adviser Norberto Gonzales told Philippines news site Rappler.

(This first appeared back in June.)

Gonzales urged the government to devise a contingency plan against a Chinese attack. "China does not have a history of invading other countries, but it is not averse to using military might to settle territorial conflicts," he said.

Gonzales's warning came at the same time as a Philippines senator expressed concern that a landing of a Chinese government plane, which stopped in Davao City to refuel, threatened Philippine sovereignty. That claim drew ridicule from China's ambassador to the Philippines. "Even they indicated that this might be the beginning of our invasion," said ambassador Zhao Jianhua. "Please allow me to be blunt: It’s nonsense,"

"We have never thought of going to war with our good neighbor, our good friend that is the Philippines," he added.

The Philippines isn't the only nation that fears war with China, which is also embroiled in a dispute with Vietnam, Taiwan, Singapore, Malaysia and Indonesia over sovereignty of the South China Sea. Beijing has been fortifying islands in that sea zone, adding airfields and anti-ship missiles. It has also seized control of the Scarborough Shoal fishing ground that Manila claims as part of its territorial waters.

Nonetheless, while there is no doubt that China could militarily defeat the Philippines, the impetus for the warnings of a Chinese invasion seems to be political. President Rodrigo Duterte, a controversial leader who has encouraged vigilante executions of alleged drug dealers, has also been accused by some Filipinos of being too soft on China.

In the words of Philippines news site Rappler, "Gonzales also suspects that China will be forced to use the 'military option' after apparently seeing that there are no other means to extend the term of President Rodrigo Duterte – the most powerful man in the country, and their frequent defender. The former defense chief said the only way Duterte can extend his term is through a revolutionary government, and the only organization apparently qualified to earn China's nod is the Communist Party of the Philippines (CPP)."

The thought that China would risk war with the United States—which has had a mutual defense treaty with the Philippines since 1951—to keep a Filipino president in powers seems unlikely. Though the U.S. left Subic Bay and its other bases in the Philippines during the 1990s, American advisers and weapons have sustained Manila's perpetual fight against Communist and Muslim rebels. More important, the U.S. has recently been upgrading the Filipino military's own bases as part of the 2014 Enhanced Defense Cooperation Agreement. Finally, a recent op-ed in the Manila Times warned that if U.S. bases were to return, this could provoke a Chinese attack.

None of which explains what China would gain by bombing Filipino cities because there is nothing the Philippines can do to hinder China. What is clear that America would have to respond to any Chinese attack on the Philippines, or forfeit its power in the Pacific. Knowing that, the appearance of Chinese bombers over Manila seems unlikely.