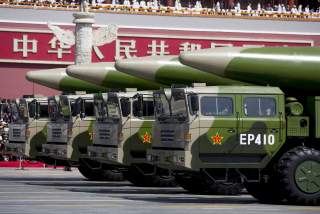 The author estimates that DF-41 will finally provide China with the capability to launch missiles from north central China and hit all targets in the U.S. (except Florida). With the goal of better understanding the rapidly evolving strategic nuclear balance between China and the U.S. and its significance, this Dragon Eye surveys some recent Mandarin-language writings on the subject of Chinese nuclear forces.