Chinese Aggression Is Driving India and Japan Together 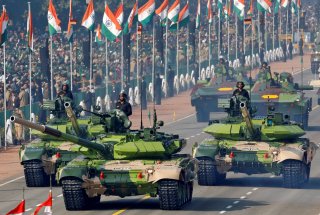 As India and Japan held their Defense and Foreign Ministerial 2+2 talks on September 8, both nations reaffirmed to strengthen their ties through deepening cooperation on defense and both India and Japan planned to hold a joint military drill involving their air forces. China’s increasing military capabilities have been drastically affecting nations like India and Japan which face severe threats from Beijing’s expansionist behavior.

India and Japan have been engaged in security and defense exchange for over two decades now, wherein, they work towards securing their mutual interest in a free and open Indo-Pacific. The 2+2 Ministerial dialogue was held in Tokyo between Indian defense minister Rajnath Singh and External Affairs Minister S. Jaishankar with their Japanese counterparts Yasukazu Hamada and Yoshimasa Hayashi. Their main aim was to discuss the future pathway for cooperation in areas of defense, emerging technologies, and joint military exercises. The 2+2 dialogue with Japan was initiated in 2019 to deepen bilateral security and defense cooperation further and bring greater depth to the "Special Strategic and Global Partnership" between the two countries. India has the 2+2 ministerial format of dialogue with very few countries, namely the United States, Japan, Australia, and Russia, which also shows how strongly the Indian government has taken the threat from China.

fIn 2020, India and Japan signed the Acquisition and Cross-servicing Agreement (ACSA) between Japan’s Self-Defense Forces and India’s military for a reciprocal provision of supplies and services to enhance their military cooperation further and ensure security in the Indo-Pacific. China’s illegal territorial claims across the Indo-Pacific region have prompted the embracing of this India-Japan defense cooperation, given their shared security concerns. Japan also intends to collaborate with countries like the United States. and the United Kingdom to build several new fighter jets and medium-range anti-aircraft missiles to enhance its military capabilities and further counter China’s aggressive behavior.

Furthermore, Japan plans to allow exports of lethal military equipment, including missiles and jets, to India. In the past, Japan’s defense exports were restricted due to the 1960 Sino-American Treaty of Mutual Cooperation and Security. However, over time, the United States understood that the rising dominance of China made it imperative for Japan to enhance its defense capabilities. Indo-Japanese defense cooperation involves regular military joint exercises, including the ‘Dharma Guardian’ since 2016, and naval exercises.

The defense dialogue between India and Japan has come at a time when the world is grappling with the Ukraine crisis and against the backdrop of tensions across the Taiwan Strait, which also poses a significant threat to Japan’s national security. In the 2+2 meeting, India and Japan reaffirmed their commitment to respect nations’ sovereignty and territorial integrity amidst China’s behavior in the Indo-Pacific region. S. Jaishankar said, “India and Japan were committed to promoting a rules-based order, ensuring respect for international law and norms, and safeguarding the global commons”. The Japanese side also focused on exploring viable options for national defense, including counter-strike capabilities. Japan is determined to reinforce its defense capabilities within the next five years. Moreover, Japan’s participation in the multilateral exercise MILAN for the first time and operationalization of the ACSA is a milestone highlighted in the progress of defense cooperation between India and Japan.

Indo-Japan collaboration in defense manufacturing and in enhancing defense equipment will boost the Japanese economy and help India become more ‘Atmanirbhar’ (Self-reliant). Both nations expressed their desire to collaborate extensively in unmanned ground vehicles and robotics and identify such areas of future cooperation in defense technology.  In the recently held India-Japan Defense Industry dialogue, the two nations discussed the collaboration between the Acquisition, Technology and Logistics Agency (ATLA)—the research development arm of the Japan Self-Defense Forces (SDF), and the Defense Research and Development Organization (DRDO) of the Indian Defense Ministry, in areas of robotics projects, underwater communication, and underwater wireless power transmission amongst others. The Defense Ministry Officer further outlined a wide range of high-tech defense systems for air, land, sea, and space applications that would interest Japanese industries.

Ministers of India and Japan highlighted achieving the free and open Indo-Pacific goal, focusing on inclusiveness and rule of law free from coercion. The Ministers also reiterated their support for ‘ASEAN’S Centrality’ in the Indo-Pacific. Moreover, India and Japan also discussed ways to enhance maritime cooperation by focusing on Maritime Domain Awareness (MDA).

The Ukraine crisis and tensions across the Taiwan Strait have prompted Japan to reconsider its security policies. Japan will revise its National Security and Defense Strategies by the end of this year to build new military capabilities. Japanese prime minister Fumio Kishida expressed interest in a ‘new realism diplomacy’ at the annual Shangri-La Dialogue in June. He suggested Japan work on its security challenges through pragmatism and enhance its military and defense capabilities. As a result, China has accused Japan of going against its traditional pacifist path of the constitution.

India-Japan defense relations have witnessed remarkable progress over more than a decade as their ties have been dominated by several military exercises, defense exports, and regular dialogues. A new dynamic in their defense ties is that of joint research on advanced technologies and systems development, which would also impact Indo-Pacific security. India is Japan’s closest security partner after its alliance partner, the United States. Therefore, the India-Japan partnership is significant and will play a vital role in the Indo-Pacific region due to the challenges posed by China’s rising power. For India, Japan is a strong and potential supplier of advanced technologies, and for Japan, India is an answer to its arms shortage.

China remains a critical factor in promoting India-Japan defense relations as evidenced by the fact that there is no bilateral defense cooperation as extensive as that between the two in the Indo-Pacific. India-Japan ties have witnessed shared values of democracy and the rule of law. Strategic aspects of their relationship have recently gained a new momentum reflected in bilateral and multilateral engagements such as the Quad and other trilateral initiatives involving India and Japan, for instance, India-Japan-US. There have also been other potential trilateral initiatives within India and Japan, like India-Japan-Italy and India-Japan-Russia, to mention a few. China has been expanding its territorial needs aggressively over the last few years, provoking a response from nations like Japan in the East China Sea and India on the India-China border. Therefore, considering Chinese aggression, India and Japan need to collaborate to forge their strategic and defense cooperation.

This year also marks seventy years of India-Japan diplomatic relations, and both nations have deepened their cooperation in every sphere, from economic and cultural to defense and diplomatic. India’s defense cooperation with Japan is crucial to ensure a free, open space and a rules-based Indo-Pacific region. It also remains to be seen how the conduct of the inaugural fighter exercise between the air forces of India and Japan will pave the way for greater defense cooperation between the two countries.

Simran Walia is a Research Associate at the Centre for Air Power Studies, New Delhi and has pursued M.Phil in Japanese Studies under the Centre of East Asian Studies from Jawaharlal Nehru University, Delhi. She has also worked at Observer Research Foundation, Delhi. Her research interests include Japanese politics and foreign policy, and Indo-Pacific and East Asian foreign policy too. She has published articles and papers in magazines and journals like, The Diplomat, Indian Defence Review, Global Policy Journal, 9DashLine among others.