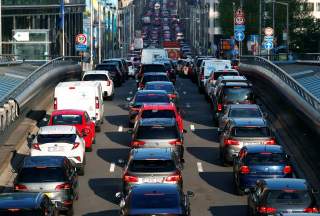 Austin city planners are writing a transportation plan based on the assumptions that, by 2039, the share of people who drive alone to work will drop from 75 percent to 50 percent while the share who take transit to work will increase from 3 to 16 percent. This is like planning for dinner by assuming that food will magically appear on the table the same way it does at Hogwarts.

Because of these assumptions, planners propose to reduce parking spaces and the number of lanes open to cars on major travel routes because they won't be needed anymore. Meanwhile, they want to spent billions expanding transit services to accommodate all of the new transit riders.

Yet the reality is that the share of people driving alone to work is growing while the share taking transit is shrinking. Since 2000, Austin has been one of the fastest-growing urban areas in America, experiencing an 85 percent growth in population. Yet actual transit ridership has fallen 22 percent, which means that per capita transit ridership has fallen by 58 percent.

City planners could estimate how people will actually travel and provide the infrastructure to allow them to do so as efficiently and safely as possible. Or they could do what Austin is doing, which is to imagine how they wish people would travel and provide the infrastructure that would be needed if that happens. This leads to a misallocation of taxes, increased congestion, and increased costs to travelers.

Austin is far from the only city engaged in fantasy transportation planning. In fact, it is likely that at least half the major cities in America are doing the same. For more information about Austin's plan and the census data for 262 cities and 208 urban areas, see my detailed analysis.

This article was originally published by the Cato Institute.