City War: Would The U.S. Military Wage Attack Like Israel Does? 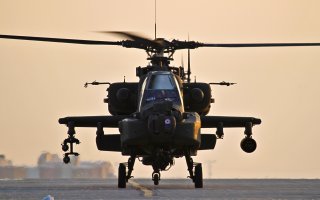 Over the past week, the world has watched tension boil over between Israel and Gaza, with rockets cracking the air and buildings brought to rubble.

In the single deadliest attack in the reignition of fighting on Sunday, forty-two people—including sixteen women and ten children—were killed by Israeli air raids in the nucleus of Gaza City, one of the most heavily populated pockets of the planet. A day earlier, a five-story building—home to numerous media production firms and news outlets, including the Associated Press—was also decimated. Israeli fighter jets this week have continued to hit dwellings following missile warnings issued to those in the target vicinity.

More than 130 Palestinians, including at least sixty-four children, have reportedly been killed, in addition to the over 1500 wounded. Gaza's ministry of information also claims that over 185 residential and commercial properties have ripped apart. Meanwhile, Israel said that at least twelve have been killed by militants' rockets on its side.

Israel's intense response in the theater of urban warfare has long attracted both staunch support and condemnation from analysts and experts in the United States. But it also begs the uncomfortable question: Would the United States conduct a similar air campaign in congested urban areas as we are seeing? What exactly does the doctrine say?

“Israel is actively engaging an enemy that possesses a real, persistent threat to its people, industry, and government—its very existence. And that enemy wants nothing more than to create a public affairs nightmare for the Israelis by forcing them to strike targets where the potential for killing innocent people is inescapable,” said John Venable, a twenty-five-year veteran of the U.S. Air Force is a senior research fellow for defense policy at the Heritage Foundation.

“The rules of engagement (ROE) that govern targeting and collateral damage the U.S. is willing to accept are based on the threat,” Venable said. “For the last thirty years, the militaries/military factions we have fought have not posed a persistent kinetic threat to the U.S. and our people. With that in mind, the ROE and SPINS (special instructions) are very conservative and accept little in the way of collateral damage.”

Venable surmised that “if the U.S. faced a similar threat, with threats to U.S. citizens, there is little doubt that our ROE would, in turn, become equally aggressive, but the challenge of operating in a densely populated urban environment remains immense.”

“The U.S. can learn a great deal from this conflict, and you had better believe we're paying attention,” he continued.

The lives lost in the ongoing skirmish have been both that of Hamas—a designated U.S. and EU terrorist group spearheading the offensive—as well as non-combatants. Moreover, Israel has destroyed critical infrastructure such as electricity grids, sewage systems, businesses and telecommunication lines have also been blown to bits.

While the rekindled fighting is entrenched in decades-long grievances, this month marks the worst rash of violence since the summer war of 2014. This time, the low-simmering conflict erupted in the wake of protests by Palestinians against what critics claim to be Israel’s settler-colonialism policies in evicting families from their homes. Anxieties were further amplified during the dwindling days of Ramadan when Israeli police barred entry into the Al-Aqsa Mosque compound.

However, Gordon Cucullu—a former Special Forces lieutenant colonel who saw combat in Vietnam and El Salvador—contended that the United States would likely not conduct a similar air campaign in packed urban areas for several reasons.

“Americans have forgotten what war is really like, and we are terrified of the prospect of inflicting civilian casualties even if the ‘civilians’ actively support the enemy. We also fear a hostile press, and our ‘leadership’ cringes at the threat of international accusations. “For the soldiers and leaders, it (cities) is the least desirable place to fight, and with the kinds of insane ROE that our JAG and leadership imposes on the fighters makes a difficult task even harder.”

From its purview, Israel Defense Forces have noted that more than 3,750 rockets have been launched from Gaza at Israel, with over 90 percent of them intercepted by the country’s Iron Dome technology. But activists have long decried that the aggressive retaliation against a besieged community is tantamount to war crimes. Earlier this year, the International Criminal Court (ICC) opened a probe into potential war crimes committed between both parties in the war almost seven years ago and has cautioned it may also investigate the current crisis.

Several U.S. military personnel, who were not authorized to speak on the record, indicated that the U.S. approach would likely all depend on a commander's “interpretation of the enemy threat in a packed urban area.” Understanding how much air power would be required and the effectiveness of other non-air alternatives would also serve as critical questions. Others deduced that even with a very precise focus on a high-value target, the United States would generally prefer a direct-action team and even the use of precision-guided munitions, which allow for more liberty in urban environments—ultimately would not be used without a high-priority involved.

Nonetheless, the Middle East conflict points to the challenges that stem from dense urban fighting, which is far different to remote foothills, rugged plains of tropical jungles.

Indeed, the United States has endured its share of criticism over civilian deaths in air campaigns.

Massive firepower aided the U.S.-led coalition in Iraq in defeating the Islamic State from major cities. Yet the number of civilians killed in coalition air and artillery strikes between 2015 and 2020 resulted in a surplus of fourteen hundred civilian deaths, as per a recent report compiled by the UK-based monitoring group, Airwars. A rise in deaths was attributed to a relaxation of the ROE when Donald Trump took office. However, the Pentagon has rejected the assertion and “one-sided” nature of the findings.

But according to Paul Szymanski, a military consultant and founder of the Space Strategies Center, the last time the United States embarked on an all-out clash, one in which civilian locales with purposely targeted even though the Geneva Convention forbids collective punishments for the crimes of the few, was during World War II.

“The U.S. policy was directly stated as a terror campaign to convince Germany and Japan to surrender. The U.S. Air Force wanted to prove that they could win a war all by themselves. Over 2.5 million enemy women and children were tortured—burned to death—and murdered with these strategic bombing campaigns,” Szymanski said. “This almost sounds like a similar number of Jewish women and children murdered by the Nazis. Israel says it is defending themselves and Palestinians make the same claim.”

Yet, in short, Szymanski simply surmised: that the U.S. Air Force “would not be able to get away with such a bombing campaign in modern times.”

Hollie McKay is a writer, author, and war crimes investigator. She is a former reporter for FoxNews as well.