Civilian Casualties Are Mounting in Russian Strikes Against Ukraine 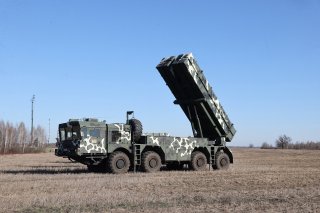 Russia’s invasion of Ukraine has killed at least fifteen children so far, according to UN High Commissioner for Human Rights Michelle Bachelet.

Multiple news outlets have reported on incidents that resulted in civilian casualties, including the death of children in several cities.

A statement by Bachelet on Wednesday said that at least two hundred twenty-seven civilians had been killed in Ukraine, and hundreds more had been wounded since the invasion began on February 24.

Russian media, including state-backed news outlets, have reported for years on Russia’s advanced weapons systems. Russia claimed to have precision-targeting technology for many of its weapons.

But despite this, many Russian attacks have damaged or destroyed civilian infrastructure and killed noncombatants. Some have speculated that these attacks may be intended to terrorize Ukrainians and break their will to resist.

The U.S. Army, for example, introduced GPS-guided artillery and rockets as far back as 2007 and 2008, a development that greatly impacted land warfare tactics and offered commanders the ability to limit civilian casualties. While precision artillery like the M982 Excalibur and precision rockets like the Guided Multiple Launch Rocket System were incredibly effective in destroying insurgents and terrorists, they also saved lives. Saving innocent lives with precision was part of the Army’s strategic approach.

The Russian military has often boasted of its advanced weapons and munitions, but its technology may lag in several key areas. Still, Russia’s work on hypersonic missiles and its deployment of cruise missiles show some advanced technology.