Climate Change Game-Changer: How CO2 Could Be Stored to Heat Our Homes 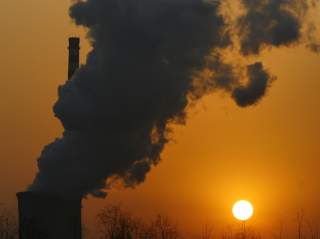 Recognized by the scientific community as the main cause of global warming, CO2 levels in the atmosphere continue to soar, as confirmed by the November 2019 report of the World Meteorological Organization.

The main cause of this increase is human-induced industrial and economic activity, emitting approximately 35 billion tonnes (35 Gt) of CO2 per year worldwide, to which we must add the effects of deforestation and land urbanization (6 Gt per year).

Vegetation and oceans do play their role as natural sinks by absorbing more than half these quantities, but the surplus continues to accumulate in the atmosphere year after year and is causing a relentless increase in CO2 levels.

The obvious and obligatory solution is to lower our CO2 emissions. This means a drastic reduction in our use of fossil fuels (oil, gas, coal), in parallel with the development of alternative energy sources and vectors (solar, wind, geothermal, biomass, hydroelectricity, hydrogen, etc.).

However, this change will not happen overnight and requires accompanying measures, one of which is to capture the atmospheric CO2 and store it deep underground, from where the carbon originally came. This technology is known as CO2 capture and storage (CCS).

CCS consists in capturing the CO2 contained in the flue gas of industrial plants, then injecting it deep underground (1,000 metres or more) via a dedicated well. The gaseous CO2 is compressed before injection into a denser state (but still lighter than water), thus enabling its injection in large quantities. The storage site is carefully selected so that the CO2 remains permanently trapped and typically consists of a porous reservoir rock with spaces between the grains (pores) containing salt water (not potable). It is overlain by an impermeable cap rock preventing any rise toward the surface of the portion of CO2 not trapped in the rock pores or dissolved in the salt water.

The CCS technology is proven and ready-to-deploy at large scale. To date, 19 large-scale CCS facilities are operational around the world, preventing the emission of approximately 40 million tonnes (40 Mt) of CO2 per year. Nonetheless, CCS is proving too slow to get off the ground at the level needed to meet global emission-reduction targets, and this despite over 40 years of operational experience and the alarming fact that climate-modelling experts count on CCS to contribute 14% to the overall climate-solution package (© OECD/IEA ETP 2017, p. 31). The cost of operations and the relatively heavy infrastructure to install partly explain this situation, as well as a lack of political backing, but we need to find ways of releasing this deadlock.

BRGM has been involved in several research projects on CCS over the past 25 years. Since 2013 however, BRGM and its partners have been working on a new CCS option that is simpler to implement, less expensive and suited to downscaling so it can be applied locally to reduce CO2 emissions from “small” industrial facilities.

To meet the Paris Agreement targets, we need the whole range of emission-reduction actions, and this regardless of the scale. In France, CO2 emissions today represent slightly less than 1% of global emissions (i.e., 338 Mt of CO₂ per year), broken down into 31% for industry, energy transformation and waste (the sources that can be tackled by CCS), 31% for transportation, 19% for agriculture and 19% for housing.

However, nearly 84% of the French industrial emitters are “small”, i.e. emitting less than 150,000 tonnes (150 kt) of CO2 per year, the average being 38 kt of CO2 per year. Nonetheless, when all added up, these small or very small emitters weigh in collectively at almost 32 Mt of CO2 per year, which is nothing to shrug at.

However, these sites are dispersed throughout the country, making the conventional CCS solution inaccessible to them; it is impossible to pool several small and expensive capture units in order to transport significant quantities of CO2 to a single and necessarily remote storage site. CCS, as deployed in the world today, stores quantities of the order of one million tonnes of CO2 per year and per site, which is at least 25 times more than the average emissions from small installations like those in France.

The CO₂-Dissolved solution, developed by BRGM, proposes a new approach to CCS that is perfectly adapted to these small industrial emitters. One main difference is that the CO2 is stored entirely dissolved in the salt water of a deep aquifer, as opposed to the conventional approach where CO2 is compressed into a dense state.

To do this, water is pumped from the deep reservoir via a production well before being reinjected back underground via a second injection well, after dissolution of the CO2 captured at the industrial plant. Together these two wells constitute what is called a “doublet”, identical to the doublets used in deep geothermal exploitation. This similarity of infrastructure makes it possible to extract simultaneously the heat contained in the water pumped from the reservoir.

This subsurface synergy – storing CO2 and extracting heat – enhances the economics of the CO2-Dissolved operation compared to conventional CCS, provided that the recovered energy can be exploited locally. Supplying a heating network to buildings, whether collective or individual housing, service or corporate buildings, is a good example of using the heat produced. In this way, we could store industrial CO2 while heating our homes, and all thanks to an almost carbon-free energy source that replaces more conventional and less environmentally friendly forms of heating (heating accounts for almost 20% of CO2 emissions in France).

The CO2-Dissolved concept initially emerged because of the advantages it offers for managing a storage site. Indeed, with the conventional CCS approach, the increase in reservoir pressure induced by the massive injection of CO2 requires continuous monitoring of the site to ensure that it does not exceed certain limits. The CO2-Dissolved approach avoids any pressure increase by extracting and reinjecting the same amount of water from/into the reservoir.

Similarly, with injection in the reservoir of the CO2 in a dissolved rather than gaseous state, we avoid any tendency of the CO2 to rise naturally, and therefore any potential risk of leakage of CO2 toward the surface and contamination of shallow aquifers used for drinking water supply. The water containing the dissolved CO2 is in fact slightly denser than the reservoir water and tends to sink to the bottom of the reservoir. This in turn reduces the need for the rigorous control of potential preferential escape routes, namely the wells and the impermeable rock cover.

A further advantage, compared to conventional CCS, lies in the simplified infrastructure and its suitability for local application, thus avoiding the need to build pipeline networks to transport the CO2 from the emitting industrial sites to the storage site.

In order for the CO2-Dissolved technology to be applied to a plant, two basic conditions must be met.

Firstly, the subsurface beneath the industrial plant must have the necessary hydrogeological and thermal characteristics to allow geothermal exploitation; typically, pumping/injection flow rates of the order of 200 to 350 m3/h and water temperature between 40 and 90°C.

Secondly, the solubility limit of dissolved CO2 concentration (of the order of 50 kg CO2/m3 of water) must not be exceeded, to ensure that the CO2 remains stored in fully dissolved form (i.e. without gas bubbles). These technical constraints mean that the amount of CO2 injected must be maintained below 10 to 17 tonnes per hour, with water flow rate values as those mentioned above, which corresponds to a maximum storage capacity of about 150 kt CO2 per year. This explains why this technology is adapted to small emitters, as mentioned above, and thus offers a low-carbon prospect to an industrial sector that currently has few or no other alternatives.

Location of the low-CO₂-emitting industrial sites superimposed with the most favourable geothermal areas (in blue) in France. BRGM

To better understand the potential of deploying the CO2-Dissolved technology across France, industrial sites with low CO2 emissions (less than 150 kt per year) were mapped and superimposed with zones of deep reservoirs having geothermal potential (in blue, see map). Among these sites, widely distributed across France, 437 are located in the blue zones and are therefore potentially compatible with the CO2-Dissolved approach. Together these sites emit some 17 Mt of CO2 annually, which is more than 12% of French industrial emissions. Small actions when joined together can give significant results.

Not only would the storage of these emissions substantially improve the carbon footprint of these industries, but the added advantage of using geothermal energy as a means of heating and thus replacing fossil-fuel energies would further reduce the environmental bill.