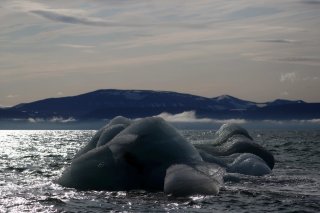 A new report released by the United Nations World Meteorological Organization (WMO) shows that the past seven-year period has been the hottest on record and that accelerating sea-level rise has hit new heights this year.

“The report shows our planet is changing before our eyes,” UN Secretary-General António Guterres said.

“From the ocean depths to mountain tops, from melting glaciers to relentless extreme weather events, communities and ecosystems around the globe are being devastated. COP26 (climate change summit) must be a turning point for people and planet,” he continued.

Guterres added that “scientists are clear on the facts. Now leaders need to be just as clear in their actions. The door is open; the solutions are there. We must act now, with ambition and solidarity, to safeguard our future and save humanity.”

Meanwhile, WMO Secretary-General Petteri Taalas warned that “extreme events are the new norm” and that the current climate change conference in Glasgow, Scotland, that features one hundred twenty global leaders “is a make-or-break opportunity to put us back on track.”

Taalas offered up eye-opening examples of the wide-ranging impacts of climate change.

“It rained rather than snowed for the first time on record at the peak of the Greenland ice sheet. A heatwave in Canada and parts of the U.S. pushed temperatures to nearly 50 degrees Celsius in a village in British Columbia. The exceptional heat was often accompanied by devastating fires,” he said, per the Guardian.

“Months’ worth of rainfall fell in the space of hours in China and parts of Europe saw severe flooding, leading to dozens of casualties and billions in economic losses. A second year of drought in sub-tropical South America reduced the flow of mighty river basins and hit agriculture, transport, and energy production,” he continued.

On Monday, President Joe Biden admitted that the world’s biggest economies are “falling short” on their initiatives to combat climate change.

“Right now, we’re still falling short. There’s no more time to hang back or sit on the fence or argue amongst ourselves,” Biden told delegates at the COP26 summit.

“This is the challenge of our collective lifetimes, the existential threat to human existence as we know it, and every day we delay, the cost of inaction increases. So, let this be the moment when we answer history’s call here in Glasgow. Let this be the start of a decade of transformative action,” he added.

Biden also noted that the United States is committed to cutting greenhouse gas emissions by fifty percent to fifty-two percent by 2030 when compared to 2005 levels.

This commitment “demonstrates to the world the United States is not only back at the table, but hopefully leading by the power of our example. I know it hasn’t been the case and that’s why my administration is working overtime to show that our climate commitment is action, not words,” he said.