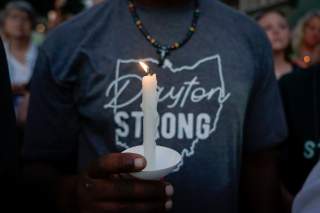 “We just sent notice we are terminating service for 8chan. There comes a time when enough is enough. But this isn’t the end. We need to have a broader conversation about addressing the root causes of hate online,” Prince wrote Sunday on Twitter.

Meanwhile, 8chan disputed that its relationship with Cloudflare was over Sunday night.

“Some of you might’ve read the Cloudflare news already. They’re dropping 8chan. … There might be some downtime in the next 24-48 hours while we find a solution (that includes our email so timely compliance with law enforcement requests may be affected),” 8chan wrote on Twitter.

Cloudflare’s services protect sites from cyberattacks, and 19 percent of the top 10,000 Internet properties use the company, according to Prince’s post. The company cut ties with neo-Nazi site the Daily Stormer following the deadly Unite the Right rally in Charlottesville in 2017.

“That caused a brief interruption in the site’s operations but they quickly came back online using a Cloudflare competitor…” Prince wrote Monday. “I have little doubt we’ll see the same happen with 8chan. While removing 8chan from our network takes heat off of us, it does nothing to address why hateful sites fester online. It does nothing to address why mass shootings occur.”

“Shut the site down,” Brennan said. “It’s not doing the world any good. It’s a complete negative to everybody except the users that are there. And you know what? It’s a negative to them, too. They just don’t realize it.”