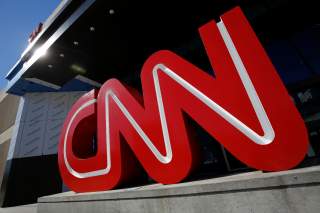 Wemple devoted a Dec. 11 editorial to CNN’s decision Monday to apply an editor’s note to a 2017 story about Manafort following the Inspector General’s report on the FBI’s potential abuses of the Foreign Intelligence Surveillance Act (FISA). The IG’s report undercut CNN’s report.

Wemple hit the 24-hour news channel for not correcting the story. He compared CNN’s move to one the outlet did in 2017, when editors retracted a story alleging the Senate was investigating a Russian investment fund “whose chief executive met with a member of President Donald Trump’s transition team four days before Trump’s inauguration.”

He added: “To merely state that the original story was contradicted by the IG report is to abdicate the role of a news organization — to ferret out the truth — and drop this matter into the laps of readers.”

Here is the editor’s note Wemple is referring to:

Wemple went on to say that CNN’s report “provided grist for folks on Fox News eager to play up charges that the feds were out to get the Trump campaign.” CNN’s decision not to take further action was likely done because it “supported the president’s claims that the federal government had spied on his campaign,” Wemple suggested.

Such an editor’s note would likely not cause much of a stir in the media ecosphere, he added. “CNN embarrasses itself with weak “editor’s note” after its 2017 ‘exclusive’ on Paul Manafort was refuted by the IG report,” Wemple suggested in a tweet Wednesday that linked to his editorial.

CNN has not responded to the Daily Caller News Foundation’s request for comment.