Coal Is Still King for the Internet 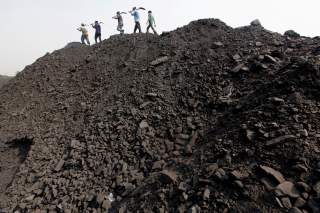 Modern society has given significant attention to the promises of the digital economy over the past decade. But it has given little attention to its negative environmental footprint.

These are crucial blind spots we must address if we hope to capture the full potential of the digital economy. Without urgent system-wide actions, the digital economy and green economy will be incompatible with each other and could lead to more greenhouse gas emissions, accelerate climate change and pose great threats to humanity.

The digital economy lacks a universal definition, but it entails the economic activities that result from billions of everyday online connections among people, businesses, devices, data and processes, from online banking to car sharing to social media.

It’s often referred to as the knowledge economy, information society or the internet economy. It relies on data as its fuel and it is already benefiting society in many ways, such as with medical diagnoses.

Coal is still king for the internet

Rare earth elements form the backbone of our modern digital technologies, from tablets and smartphones to televisions and electric cars.

China is the world’s largest producer of rare earth minerals, accounting for close to 70 per cent of global annual production. The large-scale production of rare earth elements in China has raised grave concerns about the release of heavy metals and radioactive materials into water bodies, soil and air near mine sites.

Research on the life-cycle assessments of rare earth minerals has found the production of these metals is far from environmentally sustainable, consuming large amounts of energy and generating radioactive emissions.

It’s sometimes said that the cloud (and the digital universe) begins with coal because digital traffic requires a vast and distributed physical infrastructure that consumes electricity.

Coal is one of the world’s largest sources of electricity and a key contributor to climate change. China and the United States are the top producers of coal.

The world’s data centres — the storehouses for enormous quantities of information — consume about three per cent of the global electricity supply (more than the entire United Kingdom), and produce two per cent of global greenhouse gas emissions — roughly the same as global air travel.

A report by Greenpeace East Asia and the North China Electric Power University found that China’s data centres produced 99 million tonnes of carbon dioxide in 2018, the equivalent of about 21 million cars driven for one year.

Greenhouse gases aren’t the only type of pollution to be concerned about. Electronic waste (e-waste), which is a byproduct of data centre activities, accounts for two per cent of solid waste and 70 per cent of toxic waste in the United States.

Globally, the world produces as much as 50 million tonnes of electronic e-waste a year, worth over US$62.5 billion and more than the GDP of most countries. Only 20 per cent of this e-waste is recycled.

When it comes to AI, recent research found that training a large AI model — feeding large amounts of data into the computer system and asking for predictions — can emit more than 284 tonnes of carbon dioxide equivalent — nearly five times the lifetime emissions of the average American car. The results of this work show that there is a growing problem with AI’s digital footprint.

Another area of concern is Bitcoin and other cryptocurrencies, which rely on blockchain, a digital ledger with no central authority that continually records transactions among multiple computers. The amount of energy required to produce one dollar’s worth of Bitcoin is more than twice that required to mine the same value of copper, gold or platinum. A 2014 study found Bitcoin consumed as much energy as Ireland.

Blockchain technologies such as Bitcoin are energy inefficient and unless their potential applications are developed sustainably they will pose a serious threat to the environment.

The digital economy is accelerating faster than the actions being taken in the green economy movement to counter negative environmental impacts. To move forward fast, we must first start thinking differently.

The world and its intractable challenges are not linear — everything connects to everything else. We must raise awareness about these major blind spots, embrace systems leadership (leading across boundaries), boost circular economy ideas (decoupling economic activity from the consumption of finite resources), leverage an eco-economics approach (an environmentally sustainable economy) and encourage policy-makers to explore the interrelationships between government-wide, system-wide and societal results.

We must also consider collective problem-solving by bringing together diverse perspectives from both the Global North and the Global South. We should take an inventory of the global and local damages caused by electronic devices, platforms and data systems, and frame issues about the digital economy and its environmental impact in broad societal terms.

Perhaps, the way to move the current discussion forward is to ask: What needs to be done to set the world on a sustainable human trajectory?

[You’re smart and curious about the world. So are The Conversation’s authors and editors. You can read us daily by subscribing to our newsletter. ]