A Combo Weapon: Why the Glock 26 Is Made of so Many Guns 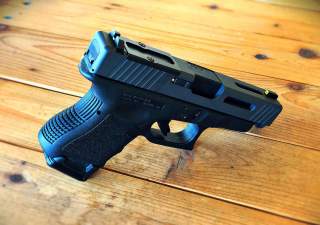 Key point: This weapon, the Glock 26, took the best ideas from several different weapons and combined them.

Kyle Mizokami is a defense and national-security writer based in San Francisco who has appeared in the Diplomat, Foreign Policy, War is Boring and the Daily Beast. In 2009, he co-founded the defense and security blog Japan Security Watch. You can follow him on Twitter: @KyleMizokami. This first appeared in June 2018.