Comparing the Syria and Afghanistan Pullouts: Did Trump Do Better Than Biden? 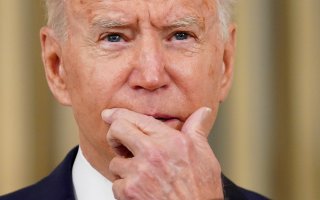 In December 2018, General James Mattis resigned from his post as Secretary of Defense.  While his resignation letter did not explain a precise reason, the accepted wisdom is that he did so after long frustration over dealing with then-President Donald Trump.  The final straw was the President’s announcement in December 2018 that he was ordering the withdrawal of all U.S. troops from Syria.

General Mattis’s departure has been lauded as an act of statesmanship.  To this day, he has remained relatively silent, basically explaining only that he did so out of a sense of conviction and duty.  After Mattis quit, President Trump was persuaded by the Pentagon to reconsider his total Syrian withdrawal order.  In October 2019, he ordered a more limited pullout, only from northern Syria along the Turkish border.  The former President allowed a smaller troop presence in Syria’s northeast oilfields, closer to the Iraqi border to remain. That continued strategic presence compels Syrian president Bashar al Assad and Russia to this day to keep a wary eye on American troops inside Syrian borders.  At the same time, the departure of U.S. troops from the Syrian/Turkish border area, ordered by Trump, did not lead to the widely predicted Kurdish bloodbath many had feared, a resurgence of ISIS, or to a complete collapse of opposition rebels in the Syrian civil war quagmire.

In April 2021, President Joe Biden announced that he was ordering the withdrawal of all U.S. forces from Afghanistan by September 11, 2021.  It is widely assumed that he reached this decision despite the best advice of his military.  Press leaks say that in classified testimony before the House Armed Services Committee, the head of U.S. forces in Afghanistan, Army General Scott Miller, who quietly retired in July 2021, had advised against such a move, advocating instead a limited, continued U.S. troop presence.   No one believes that Secretary of Defense Lloyd Austin, a former U.S. Central Command (CENTCOM) commander, or General Mark Milley, the Chairman of the Joint Chiefs of Staff, who served four tours in Afghanistan, supported Biden’s plan.

The total pullout in Afghanistan has produced a foreign policy and humanitarian disaster for the United States.  The Taliban have decisively defeated the U.S. military establishment and its Afghan ally, taking control of the Kabul government despite a twenty-year U.S. presence fundamentally intended to prevent just such a Taliban victory.  U.S. relations with its NATO allies have been badly frayed over the diplomatic failure to engage with allies more effectively on the Afghan departure process.  The Afghanistan abandonment has caused many to question U.S. resolve and commitment to its allies.  Despite two decades and trillions of dollars, the training program designed by the best thinkers in the U.S. military failed to instill in the Afghan Army a fundamental willingness to fight on their own without the entourage of U.S. support.  Added to all this is the damage to the credibility of U.S. military and intelligence services for having not anticipated a greater possibility of an immediate collapse of Afghan forces upon any quick and total U.S. departure.

Trump changed his mind on Syrian troop withdrawal after Mattis quit.  Unlike Trump in Syria, however, President Biden precipitously pushed ahead in Afghanistan, regardless of best military advice.  Had Trump been reelected President and taken the same course of action as Biden with the same disastrous results, Congress would likely be preparing its third round of impeachment against Trump. The odds of such impeachment would probably have been even greater for him if he, like Biden, had also canceled the sanctions blocking Russia from building a gas pipeline to Germany.  Charges of Trump/Russian collusion would have erupted again, perhaps even leading to the resurrection of a special prosecutor investigation along with impeachment proceedings.

The Biden Administration’s Afghanistan mess has left our military leadership in a terrible position.  Over twenty years, as many as ten or more generals successively led the U.S. military campaign in Afghanistan.  All described continued, basic progress in building up Afghan National Army (ANA) forces and capabilities as they passed command from one to the other. Certainly, none of these leaders warned in public congressional testimony over the last fifteen years that the ANA was dangerously dependent on U.S. military backbone and might well totally collapse if U.S. advisers and supporting airpower withdrew precipitously.

A good place to start any post-Vietnam style review might be to convene these leaders so that they can frankly assess among themselves, and to Congress, why U.S. strategy over such a long period of time did not produce a better result.  They will also have to explain why they did not perceive over those extended years any shortfalls in U.S. training programs which might help explain why the Afghan military ultimately failed to stand on its own two feet, despite two decades of American guidance.

Biden’s insistence on absolute withdrawal, also compels the Pentagon to face the ugly task of reassessing its role in the national security space.  When a President refuses to follow the best advice of its military and civilian defense leadership, producing a resultant disaster, the military has no choice but to pick up the pieces and persevere.   When confronted by what he saw as such a situation, Secretary of Defense Mattis decided that his personal best option was to resign, an initiative that did help eventually lead in that instance to a change in direction on Syria by President Trump.   Unfortunately, it is too late now for any resignations to change what happened in Afghanistan.  Perhaps even worse, it is not clear that even a timely senior civilian or military resignation would have made any difference to President Biden sufficient to cause him to agree to a more limited pullout plan.

The bottom line is that President Biden’s total withdrawal order exposed fundamental weaknesses in how the war in Afghanistan was strategically conducted.  It now will be up to the military and others to figure out what went wrong.  Congress, war colleges, and military historians are going to have a lot of work to do.