The Concession Model: A Very European Approach to Infrastructure 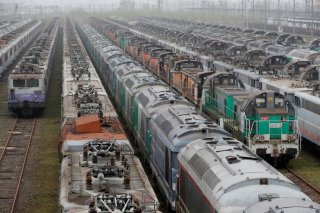 In the convoluted bureaucratic world in which we live, cooperation between the state and private industry can be a challenging subject for citizens to wrestle with. One of the main ways that public-private partnerships are organized is through the concession model.

As the European Commission (EU) describes it:

Concessions are a particularly attractive way of carrying out projects in the public interest when state or local authorities need to mobilise private capital and know-how to supplement scarce public resources.

Crucially, concessions give a private concessionaire responsibility not only for operation and maintenance of the assets, but also for financing and managing all required investment. Essentially, they take on all rights and risks associated with the project over its lifetime: typically, twenty-five to thirty years.

That is why one of the main requirements for concession contracts, under EU law, is “real exposure to the vagaries of the market, such that any potential estimated loss incurred by the concessionaire is not merely nominal or negligible.”

The concession is particularly effective as it allows direct revenue flow from the general public, who are the users of the public service, to the operator-concessionaire.

These usage fees cover the operational costs plus the extremely large debts leveraged to plan, build, and run the infrastructure or service. Figures that stretch into the billions. This essentially negates the cost for the state, while at the same time, the government ultimately retains asset ownership, with control moving back into its hands at the end of the project term.

For construction projects, the state receives its custom-built infrastructure debt-free without having been exposed to the risks associated with development. Additionally, tax revenue is generated and paid by the private company to the state over the course of its commercial operation.

Another advantage is that this model allows public authorities to leverage private sector expertise and for-profit efficiency, potentially reducing the overall cost of the project. For the public, the model ensures that only the users of the infrastructure pay for it, rather than all of the country’s citizens.

One other way the concession model benefits the state is by making further development and expansion projects far easier to organize and finance. Rather than building a new project vehicle, an existing one can be extended. This practice has been used to good effect in a number of EU member states.

In Greece, one motorway project described as standing out among the currently planned highways, is the northern section of the E65 in Thessaly. This is a 64-kilometer section of road that has outpaced other projects through regulatory approval because it forms part of the existing concession contract for the highway.

“As soon as Brussels gives the nod, the concession contract will be amended,” according to a local financial journalist for the Kathimerini Newspaper, highlighting the advantage of concessions vis-à-vis regulatory sign-off.

In France, where the concession model was first used, this same phenomenon has produced much of the extensions to the national motorway network. And, indeed, around 75 percent of the country’s motorways run on the concession model, with a diverse field of companies competing for tenders.

French motorways, under this system, have become some of the safest in the world. According to Jean-Baptiste Djebbari, minister delegate for transport, speaking in July, concessionary companies "have proven that they know how to maintain, design and operate motorways for an average rate per kilometre.”

He also highlighted that the alternative, nationalization, would be expensive.

“Studies have been done. At the end of 2019, it would have cost €44 billion if we had wanted to nationalise, in view of the contracts in progress and the expected revenue,” he explained to a committee.

This last point highlights another benefit of the model: concessions bring greater levels of competition through the possibility for well-regulated competitive tender processes.

As the regulations on concessions clearly lay out, authorities “must be transparent, and not be discriminatory. Treaty principles have to be followed.”

With the European Commission declaring 2021 the year of rail, a recent blow up in the Netherlands between the government and an industry group of rail operators warrants discussion.

When the government handed a concession over directly to one operator just prior to the new tighter regulations on that type of conduct coming into effect, other companies in the space cried foul and brought the case before the European Court of Justice. Carefully regulated industry practices present positives and negatives, depending on where you stand.

This case highlights the effect the EU’s regulated concession model has on the selection process for projects.

As far as Dutch rail operators are concerned, controls in place and flexibility regarding concession contracts create more competition and offer advantages to the wider market—and by extension, higher-quality service to the end-user. Their argument was that the Dutch government should be required to follow the up-to-date rules.

“The emergence of new open-access operators and tendering of subsidized trains has brought about positive effects all across Europe, including better service quality and lower ticket prices,” according to AllRail president, Dr. Erich Forster.

This has contributed to a positive shift towards the use of rail, which will help Europe achieve the goals of the European Green Deal, Forster added.

This last point raises another interesting aspect of concessions within the context of climate action.

Concessions make necessary sustainable energy infrastructure development more feasible. Examples of this are the many offshore wind farms sprouting up across Europe under concession frameworks. Or the hydropower generating dams that scatter the continent’s waterways.

Indeed, there are many other projects, each testifying to the efficiency of deploying private capital to bring about public infrastructure. As Michel Barnier has said, concessions are “a form of public-private partnership which has proved its worth, in particular for the financing of the infrastructure Europe so badly needs.”