Concorde: Why the World’s only Supersonic Jetliner Stopped Flying 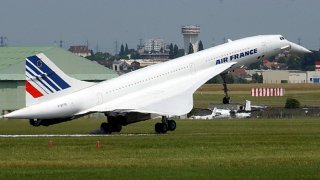