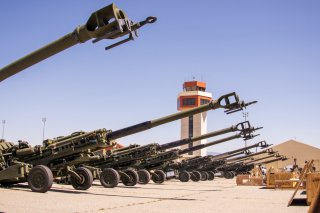 On Thursday, the House of Representatives approved legislation that would make it easier for the White House to export military equipment to Ukraine—a renewal in name, if not in precise detail, of the “lend-lease” arrangement between the United States and the other Allied powers during World War II.

The bill, titled the Ukraine Democracy Defense Lend-Lease Act of 2022, received overwhelming support in the House of Representatives, where it passed with 417 members in favor and 10 opposed. The Senate unanimously approved the bill, and President Joe Biden is expected to sign it into law imminently.

The original lend-lease arrangement allowed the United States to export military equipment to the United Kingdom, the Soviet Union, and other allied nations without requiring those nations to buy it outright. The new plan, structured along similar lines, is intended to assist Ukraine in repelling the Russian invasion and help other Eastern European countries near the conflict, including Poland and the Baltic states, strengthen their defenses against potential Russian aggression. Although the recipient nations are obliged to pay for the equipment at a future date, this cost could be lowered by returning unused equipment “leased” from Washington after the hostilities end. The plan is also intended to simplify the United States’ weapons export regulations, allowing requesting countries to receive weapons systems without requiring extensive bureaucratic clearance beforehand.

“Today, the Ukrainian people are standing on the front lines in the fight for democracy and against tyranny,” said Rep. Mary Gay Scanlon (D-Penn.). “The U.S. needs to provide them with every possible measure of humanitarian and military aid.”

“We must again serve as the arsenal of democracy,” Sen. John Cornyn (R-Tex.), who co-sponsored the bill, added, quoting a speech given by President Franklin D. Roosevelt in 1940.

Although Congress has remained sharply divided over domestic priorities, support for Ukraine’s war against Russia continues to enjoy bipartisan support on Capitol Hill, where most legislators have regarded it as a war of defense against an unprovoked invasion by the Kremlin. One prominent exception to this rule has been the far-right wing of the Republican Party, whose members have argued that defending Ukraine against Russia does not serve U.S. interests. The ten “no” votes included Reps. Marjorie Taylor Greene (R-Ga.), Matt Gaetz (R-Fla.), and Paul Gosar (R-Ariz.)—each of whom had expressed admiration for Russian leader Vladimir Putin prior to his invasion of Ukraine on February 24.