Congress Should Instantly Pay Americans $1,000 to Fight the Coronavirus Recession 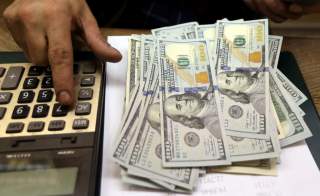 Much of the U.S. economy has effectively shut down as America increasingly takes the coronavirus pandemic seriously. Retail stores and restaurants across the country are vacant. The entertainment and hospitality industries are on hiatus.

While necessary to slow the spread of COVID-19, this will have grave consequences for the economy as well as for the tens of millions of workers who depend on hourly wages to buy food, medicine and put a roof over their heads.

The Trump administration is finally taking it seriously too and asking Congress to pass an US$850 billion stimulus package, including sending $1,000 checks directly to all adult Americans. Some lawmakers are pushing for larger payments and over several months.

This is welcome news. As a macroeconomist specializing in income inequality, I know direct payments are just what low-wage Americans suddenly without a paycheck need to endure the crisis, which could last many months.

Unlike the 2008 financial crisis, this is an economic crisis hitting working-class and low-income Americans hardest.

Professional, salaried workers are able to work from home. They will continue to get regular paychecks and be in a good position to weather the economic storm created by the coronavirus. Professionals who lose some income likely have some savings to rely on until the economy recovers.

On the other hand, the waiters, retail clerks, hospitality industry employees and other hourly workers who make up nearly 60% of the U.S. labor force will be without work for an indefinite amount of time and rely on an unemployment insurance program that is far too stingy.

Furthermore, low-income Americans typically live paycheck to paycheck with virtually no savings. A recent survey by the Federal Reserve found that 40% of households couldn’t come up with $400 to meet an unexpected expense.

Compounding this problem is excessive household debt, now exceeding $14 trillion. Highly indebted households are more vulnerable during an economic downturn. Their debt obligations must be paid, even when their income drops. My own research has found that many households were in financial distress well before the coronavirus hit. Now they are much more likely to default on loan repayments.

The bottom line is that people need money to survive.

An economy of spending

Consumer spending accounts for 70% of economic activity. It was already slowing and will slow much further now that people are losing their jobs and incomes.

Like the coronavirus, the problem of households in financial distress must be contained before things spiral out of control. Millions of retail clerks and bartenders suddenly without a job for several months can’t spend and can’t keep the economy growing. Their spending is others’ income, which means more companies will lose sales and other workers will lose their jobs.

They also won’t be able to repay their debts, whether a mortgage, auto loan or credit card. When lots of indebted consumers can’t repay their loans, financial institutions are at risk of going under, leading to a real financial crisis, as Italy now appears to be experiencing.

The basics of basic income

That’s what makes quick payments to Americans so vital.

Unlike many other forms of stimulus, the U.S. can send citizens $1,000 very easily and without delay – the Trump administration hopes to do this within a couple of weeks. Ideally, it does it with no questions asked, no strings attached and for many months.

It’s basically just a temporary form of what entrepreneur Andrew Yang talked about a lot during his run for the presidency, and it’s hardly new. When done on a permanent basis, it’s known as a basic income guarantee and has been proposed by a variety of people, from liberals like Yang to conservatives like economist Milton Friedman.

While people have an urgent need for money to simply pay bills and buy food now, the basic income guarantee is usually pushed as a longer-term solution to reducing poverty and inequality, as well as to offset the expected declines in employment as a result of automation and other technologies in the coming decades.

It’s unclear for how long the White House wants to send out checks, but in my view they should be sent out each month until the economic crisis ends so that people can pay the rent, pay utilities and buy food.

A check in the mail is so very vital right now, but it’s not enough.

The U.S. should also expand unemployment benefits and other social insurance programs. Small businesses whose customers have vanished will need more support so that they can survive. And some industries, like airlines, may need a bailout.

But $1,000 would be a good down payment to help Americans already struggling and losing their jobs.