Congress, the U.S. Marines, and Missiles: The Fight for Asian Security 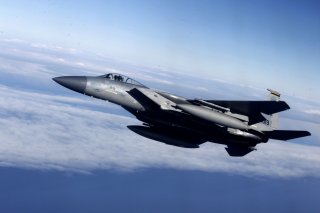 The U.S. Marine Corps may have a communications problem. Since assuming the post of commandant in mid-2019, General David Berger has been pushing operational concepts that make eminent sense for the Western Pacific. They bear such labels as Littoral Operations in a Contested Environment and Expeditionary Advanced Base Operations. Under these concepts, small bodies of marines will flit from island to island and pummel China’s People’s Liberation Army (PLA) Navy with missile barrages or, better yet, deter the PLA Navy from assaying a breakout from the China seas into the broad Pacific in the first place. Sea-service chieftains codified these concepts through the “Triservice Maritime Strategy” they published earlier this month.

Executing the Maritime Strategy demands a weapons panoply abounding in long-range anti-ship and anti-air missiles. And yet, as the fine folks at Defense News report, in the final defense spending bill hammered out this month, Congress cut funding meant to pay for developing and acquiring ground-based anti-ship missiles.

Why is a mystery. These are not big-ticket items by Pentagon standards; nor is there much risk that the technology will fail, wasting taxpayer dollars. The Marine Corps requested $125 million for Tomahawk cruise missiles—a ship killing variant of which is already on its way to the navy’s fleet. (An anti-ship Tomahawk existed and was deployed aboard ship decades ago.) An additional $64 million would have gone to widening the family of ground-based anti-ship missiles for the future. For the near term that chiefly means integrating the Norwegian Naval Strike Missile, another proven system already found onboard navy warships, into the marines’ armory. Pairing these missiles with ground-based launchers constitutes the only real challenge. Yet budgeteers allotted zero-point-zero to purchase Tomahawks while slashing the outlay for ground-based anti-ship missiles.

A strategy without the implements to execute it is a wish.

Lawmakers, it seems, are not converts to the new approach, which admittedly represents a radical break with naval traditions of long-standing. It may be that marine leadership hasn’t explained it to them clearly enough. It may be the approach is clear but simply doesn’t resonate powerfully enough to overcome longstanding attitudes toward amphibious operations. After all, the Marine Corps has been a de facto second land army since 9/11. Before that the conventional view of amphibious operations involved storming beaches, much as seaborne troops did during World War II in the Pacific. Berger & Co. are trying to topple an established status quo—never an easy feat.

Admiral J. C. Wylie would nod sadly but knowingly at the marines’ plight. Wylie watched with dismay as U.S. Navy officialdom floundered during the “Revolt of the Admirals,” the post-World War II struggle with the U.S. Air Force over roles and missions. After consulting with Wylie, Naval War College president Richard Conolly sent top navy leaders a missive reflecting Wylie’s views. While naval officers were superb administrators, engineers, and tacticians, declared Conolly, “Our understanding and our exposition of the indispensable character of our profession and the undiminished and vital nature of Sea Power have been dangerously superficial and elementary.” They lacked the vocabulary and the rhetorical fluency to put a compelling case for sea power to Congress and the American people.

Wylie seconded the indictment in his book Military Strategy, cautioning readers that Congress makes strategic decisions through the budgetary process all the time. Strategic decisions would be ill-informed decisions if military spokesmen failed to express themselves clearly and convincingly. “The Congressman voting on a military appropriation is, in a very real sense indeed, making a fundamental strategic decision, and he does not need very many ‘secrets’ to lead him toward sound decision . . . . None of the really important aspects of strategy is out of the public attention.” By secrets, Wylie meant the fog given off by acronyms, jargon, and other needlessly abstruse language beloved of military folk. Strategy is not some arcane art intelligible only to the elect. Laymen can grasp strategic and operational concepts with little difficulty if they’re explained properly. It behooves those who go before Congress and the electorate to present their ideas in plainspoken English—and clear away the fog.

Exclude people from the conversation, even unwittingly, and you handicap your ability to persuade.

Wylie was talking about repulsing a bureaucratic offensive from a rival U.S. armed service, while today’s sea services are trying to reinvent themselves internally. His critique still applies nonetheless. Now as in the late 1940s, rhetorical dexterity is at a premium. Revolutionary times demand excellence in rhetoric. Philosopher Aristotle counsels speakers to study their audiences and tailor their appeals to the audience. Demographics, regional origins, many indices shape how an audience is predisposed to interpret a message. They are all worth taking into account when fashioning arguments. The fluent orator argues with the grain of hearers’ views, winning them over by presenting arguments congenial with preexisting opinion, rather than cut across the grain and risk being stymied by intractable misconceptions or contrary views.

Marines may find it helpful to take stock of their rhetoric through an Aristotelian lens. First, use the map to tell a story. Human beings are visual learners, hence the proverb that a picture is worth a thousand words. They also respond to stories. Strategy, then, is a venture in storytelling. Official documents such as strategies and operational concepts are oftentimes on the vague side. Granted, there is merit to not going into particulars in official directives. Such documents are intended to address a multitude of contingencies. Still, depicting the marines’ new approach to island-hopping warfare without offering details obscures what they are trying to say. The approach is not about landing on randomly chosen islands, as recent documents imply. It’s about landing missile-armed marines on specific islands to erect a barrier against east-west Chinese maritime movement between the China seas and the Western Pacific. Showing that marine units can convert the first island chain into such a barrier by whacking anything that tries to transit the straits that pierce the island chain would make an impact on lay audiences. Using the map to tell a story with a happy ending—deterrence of or victory over China—would lend concreteness to sea-service efforts at persuasion.

Not for nothing did President Franklin Roosevelt instruct ordinary Americans to look at their atlases during fireside chats laying out how he meant to wage World War II. FDR understood the visual impact of geography. Marines too should make maps their ally.

Second, use visual imagery to enrich your case. Chinese strategists commonly refer to the island chain in almost mystical terms, as a “metal chain” bounding and potentially blocking their high-seas destiny. In effect, U.S. maritime strategy now seeks to make their nightmare come true. Or how about a wall with sentinel towers spaced up and down its perimeter? The islands comprising the first island chain are immovable guard towers, while naval and air forces fill in the segments in between with anti-ship and anti-air missiles, sea mines, submarines, you name it. Or sports imagery resonates with most people. In a sense, the first island chain represents the U.S. military’s defensive line in the Western Pacific. Keeping the line solid while arraying “linebackers” and “safeties” behind it—these backfield players being major warships or missile-toting U.S. Air Force bombers—conveys how strategy can orchestrate a defense in depth using military might in conjunction with geography. Hold the line if possible while guarding the backfield in case the offense manages a breakout.

Third, look to history. Corralling the PLA Navy and the Chinese merchant fleet within the island chain would have massive military and economic value, exposing these forces to attack in predictable locations. Closing the island chain would also carry massive deterrent value, stoking dread on the mainland. Dread is America’s friend in these circumstances. Dynastic China’s northern fleet, its last battle fleet of note, met destruction at Imperial Japanese Navy hands in 1895. Memories of the Sino-Japanese War linger, coloring how the Chinese Communist Party potentates see the PLA Navy surface fleet into which they have poured lavish resources and national prestige. Walls are also a recurring feature of Chinese history, having been built to keep out Central Asian nomads trying to ravage China from the northwest. Seeing the first island chain made into an offshore version of the Great Wall aimed toward the mainland cannot but give Beijing pause before it defies U.S. and allied deterrent threats.

And lastly, to restate: cleanse the language of concepts not intuitively obvious to hearers. Even concepts that seem straightforward to military specialists, such as “sea denial,” may not be so straightforward to those untutored in Pentagon lingo. Sea denial in the context of island-chain warfare means keeping China from using the sea for its purposes. Keeping the PLA Navy shoreward of the first island chain doesn’t mean the U.S. Navy battle fleet needs to enter the China seas, let alone command them, to prevail in wartime. If the PLA must use these waters to accomplish Beijing’s goals and U.S. and allied forces can prevent it, then sea denial—a quintessential defensive strategy—could even prove decisive. A little bit of teaching about strategy goes a long way.