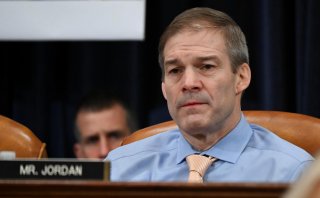 Rep. Jim Jordan wants the House Oversight Committee to stop using a popular live chat company out of concerns the technology represents a severe security risk to the committee members.

Zoom’s decision to use cheap labor in China makes it a security risk to the primary committee responsible for investigating Congress, the Ohio Republican wrote in a letter to the chairwoman of the committee, Rep. Carolyn Maloney. He also chastised her for using Zoom in past briefings.

“[Y]ou held a Zoom-hosted Member briefing on women’s rights in Afghanistan with the Special Inspector General for Afghanistan Reconstruction (SIGAR). During this important briefing, the session was ‘Zoom-bombed’ at least three times,” Jordan wrote in the memo Friday,

He was referring to so-called zoombombing, which happens when intruders hijack Zoom video calls and post offensive images such as pornography.

“In addition to reports of hacking and malware, a large portion of Zoom’s research and development work is done by employees in China,” Jordan wrote. Zoom is concentrating its “operations in China because of cheaper labor costs compared to the United States.”

He added: “Zoom is not an appropriate platform for Committee business.”

Zoom initially grew popular after Americans began relying on it as they adhere to social distancing guidances designed to combat the coronavirus, or COVID-19, which originated in Wuhan, China, before traveling to the United States, where it has killed more than 13,000 people.

Researchers also found traffic from the app was being routed through China leading to the Taiwanese government banning the remote conferencing service. Zoom is also facing a lawsuit in California for allegedly giving away the data of users improperly to Facebook and other tech giants.

CEO Eric Yuan is attempting to come up with solutions.

Former Facebook executive Alex Stamos announced Thursday that he is joining an effort to help Zoom right the ship after reports revealed problems in its security system. Stamos made the decision to help after Yuan contacted him after he tweeted out some advice on the topic.

Still, Zoom is facing a brushfire of criticism as experts and analysts warn the company’s product is not secure. Google, for instance, reportedly banned employees from using the application as a result of security concerns.

Neither Maloney nor Zoom responded to the Daily Caller News Foundation’s request for comment.