Considering the Glock 19X? You Might Consider the Glock 45 Gun Instead. 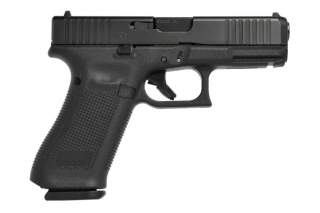 Key Point: The Glock 45 is the pistol for Glock owners who approve of the Commander pistol concept and like the improvements introduced in the Glock 19X—but don’t necessarily need the military’s bells and whistles.