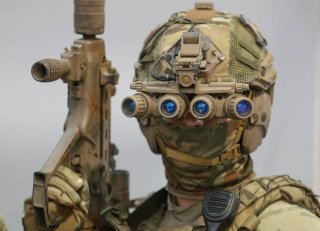 Just when the United States thought it was getting out, Iran pulled it back in. In the last few weeks, American forces that had surged to the Middle East after Iranian aggression began to withdraw. Soon afterwards, America’s regional presence quickly swelled when an Iranian proxy killed two Americans and one British soldier at the Taji base in Iraq. Despite this temporary power projection, the Pentagon is still preparing to redeploy much of its force from the region. With the decreasing military presence, Special Operations Forces (SOF) will be critical to protecting enduring U.S. interests.

Nonetheless, these defenses likely would not have changed the outcome of the recent attack. Newly deployed Patriot missiles can intercept Iranian ballistic missile attacks, like those in January that injured over one hundred American soldiers. Counter Rocket, Artillery, and Mortar (C-RAM) systems are useful against the low-flying rockets typical to Iranian proxies. However, according to CENTCOM Commander General McKenzie, their primary purpose will be to protect the Patriots missiles.

This complicated system of military power signals to Iran that the administration is capable of escalating. CENTCOM’s force projection and missile strikes reinforce a red line against killing Americans. In the short term, this may deter Iran from launching its own attacks against American troops. Yet, a second rocket attack on the Taji base shows Iranian proxies remain undeterred. Each American withdrawal from the region only emboldens Iran and its allies.

Regardless, the administration’s aim to decrease its military presence in the Middle East is clear.

As the number of U.S. soldiers in Iraq decreases, the additional missile defenses and consolidation of forces on a fewer number of bases is a necessary protective measure. Defending American soldiers will become increasingly complicated as Iran becomes more aggressive and fewer U.S. troops remain in the region.

America’s fluctuating military presence begs the question: will the Iranian threat inexplicably decrease, or will U.S. forces again struggle to deter Iran? Past and present signs point to the latter.

SOF offer a unique toolset to counter Iran’s unconventional warfare. These units can avoid the massive, public tit-for-tat escalations that have come from both sides exchanging conventional rocket fire. Instead of responding to rocket attacks solely with missile defenses and retaliatory fire, the United States should leverage its unique SOF capability.

First, legislators should clarify the legal authorities required to take offensive action in increasingly unconventional environments. While the use of force in locations like Syria and Iraq is an ongoing, often rancorous, bipartisan debate in Washington, the situation demands sober attention and legal clarification to avoid a larger scale armed conflict. To effectively counter Iranian malign activity in Iraq, the president, and the must clearly articulate engagement criteria. Guidance from the legislative and executive branches should, in particular, clarify the role of SOF units and differentiate them from the intelligence community. Yet, lawmakers should avoid limiting necessary activities as part of these changes.

Second, in the process of legislating authorities, Congress should be sure that SOF will have clear authorization to focus on countering Iranian activities with unconventional and information operations to target Iranian and proxy personnel and facilities.

On the low-end, these SOF actions would ensure the safety of political movements aligned with the United States. More aggressive SOF action could consist of concerted clandestine and drone attacks. Additionally, special operators embedded with regional forces can disseminate intelligence about the Iranian regime, ensuring partner forces are more effective. Special operations units are adaptable and creative, making them well-suited to creating uncertainty. Keeping the Iranian regime guessing about where and how it faces U.S. pressure will not defeat the regime. However, it will minimize the effectiveness of its proxies in Iraq and Syria.

SOF have been among the most overused and heavily committed in the U.S. military. Their use must proceed at a sustainable long-term pace. America must protect the investment it has made to build this force.

This use of SOF supports the National Defense Strategy perfectly, as conventional forces rebuild readiness and refocus peer competition. Peer competition will take place in the open, economically, diplomatically, but hopefully not with open combat. However, armed conflict will likely occur in the periphery grey zones involving proxies.

SOF are uniquely suited to providing counter pressure without fear of escalation, so maintaining effective and independent units will be essential.