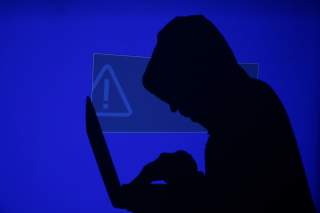 Authorities took 39-year-old David A. Hay, who is the deputy chief of staff to New York City schools chancellor Richard A. Carranza, into custody Sunday in Wisconsin as he was at General Mitchell International Airport, the New York Post reported. Police officials who were present told The New York Times that Hay was accused of using a computer to initiate a child sex crime.

Hay formerly worked as a school principal in two different Wisconsin districts. In his role as deputy chief of staff to Carranza, Hay did not interact with students on a regular basis and instead worked out of department headquarters in Manhattan.

In his New York City position, Hay “leads a comprehensive organizational effectiveness and change management strategy for the New York City Department of Education,” the Post reported. “He works with the Senior Leadership team to align the department’s work to the Chancellor’s vision of Equity and Excellence for All.”

The Department of Education fired Hay after news broke of his arrest.

“These allegations are incredibly disturbing and absolutely unacceptable,” spokeswoman Miranda Barbot told The NYT in a statement. “We took immediate action removing Mr. Hay from payroll and are terminating him. We referred this to the Special Commissioner of Investigation and we will fully comply with any investigation.”

Wisconsin law states that a person is guilty of using a computer to commit a child sex crime if that person “uses a computerized communication system to communicate with an individual who the actor believes or has reason to believe has not attained the age of 16 years with intent to have sexual contact or sexual intercourse with the individual.”

The Department of Education did not respond to a request for comment from the Daily Caller News Foundation.