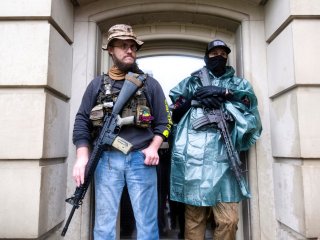 Data collected by the National Center for Health Statistics and the Census Bureau revealed that over 40 percent of the U.S. population in the third week of July 2020 exhibited symptoms of anxiety or depression disorder, which are clinical diagnoses. The comparable figure from the same survey given in the January–June 2019 time frame was 26 percent. Symptoms of anxiety or depression disorder included frequently having little interest or pleasure in doing things; feeling down, depressed, or hopeless; feeling nervous, anxious, or on edge; and not being able to stop or control worrying.

A second poll conducted by the Kaiser Family Foundation (KFF) and released on April 24, 2020, found that over half of U.S. adults (56 percent) report that worry or stress related to the coronavirus outbreak has caused them to experience at least one negative effect on their mental health and wellbeing, such as problems with sleeping or eating, increased alcohol use, or worsening chronic conditions. 40 percent report that worry or stress has led to problems with their sleep, while 15 percent had difficulty controlling their temper and 13 percent reported increases in their alcohol or drug use. (The reason that the KFF figure is higher than the Census Bureau figure is likely that the KFF was not probing for clinical diagnoses, which is a more severe condition than that measured by the KFF poll.)

The list of mental health issues below is familiar to many people during this pandemic.

Most interesting about the list of symptoms above is that it is taken from U.S. Army manuals intended to provide leaders of combat units with information about how to identify stress resulting from combat operations. U.S. Army Manual ATP 6-22 (A Leader’s Guide to Soldier Health and Fitness) describes combat stressors as “singular incidents that have the potential to significantly impact the unit or soldiers experiencing them,” whereas operational stressors include “multiple combat stressors or prolonged exposures due to continued operations in hostile environments (emphasis added).” Sometimes, these stressors are related to multiple potentially traumatic events, which are events that are “perceived and experienced as a threat to one’s safety or to the stability of one’s world.”

Reactions to combat and operational stress are not the same as post-traumatic stress disorders (PTSDs). That said, they may well share some symptomatic similarities, and the distinction between the two are not always clear. One key difference is chronological sequencing—in PTSD, symptoms of disorder appear after the event(s) occur, though the definition of “after” may be somewhat fuzzy given the ongoing nature of operational stress.

A personal anecdote is relevant here. Much of the period between March 2020 and the present has been spent under a shelter-in-place order of some kind. Individuals, especially those in high-risk groups (I am a member of one such group), are advised to stay home as much as possible to avoid exposure to others who may be carriers of the SARS-CoV-2 virus that causes coronavirus. However, it is also necessary to venture outside for exercise, such as walking.

I live in an urban neighborhood (San Francisco) and when I go outside for a walk, I find I am constantly scanning the streets and sidewalks for other human beings. My immediate reaction to the sighting of any human being is to react to that human as a potential threat. I consciously evaluate the threat by trying to determine if that human being is wearing a mask properly. If my answer is negative, I immediately seek ways to escape—turning around, crossing the street, or allowing the person to pass but with my back turned and holding my breath for a few seconds after the person has passed.

I used these words advisedly—an unmasked person *is* a threat, and an encounter with that individual could kill me if the virus is present in his or her body. Given the incidence of coronavirus where I live, the likelihood that the person is coronavirus-positive is low—almost certainly less than 10 percent. And the likelihood of contracting the virus from a single pass-by with another person outside is also low—probably less than 1 in ten thousand (more a speculative guess than anything else). But I *feel* threatened with bodily harm by every such person—and these are the neighbors among whom I live.

Where else can this phenomenon be seen? One can certainly imagine this phenomenon happening when soldiers on counter-insurgency missions come across a village in which 200 villagers are probably friendly or neutral (i.e., pose no threat) and one person may be carrying a grenade underneath a shirt. The likelihood that one person in the village would want to do those soldiers bodily harm is low, but it is not zero, and soldiers learn to regard everyone in the village as a potentially lethal threat. Usually, this does not lead to open uses of force, but the sense of threat, under those circumstances, cannot be eliminated—and they have to regard every person in the village as a potential threat until shown otherwise. That is, the default assumption must be that a villager is regarded as potentially threatening until evidence disproves that assumption.

Of course, the scenario above is no one-time event. As stressful as the scenario is, it is repeated many times over a tour of duty. These then are the multiple potentially traumatic events that the soldier perceives and experiences as a threat to safety—and what lead to the symptoms of operational stress. And soldiers in combat zones have usually deployed far from home, away from the social support that usually helps people to cope with mental and emotional stress. (So too is the case with public health guidelines calling for social distancing—hugs from friends and relatives not within my shelter-in-place pod are off-limits.)

I do not pretend for a moment that what I am experiencing in my walks around town carry in any way the same significance or risk as for the combat soldier. I have never been under actual fire, even though I have been a student of national security affairs for 40+ years. But it appears to me that living through the pandemic has some of the features, in a much less intense way, of that combat experience—and perhaps it has given me a point of departure for understanding, in a very small way, what ground soldiers on patrol in Iraq or Afghanistan must experience every day.