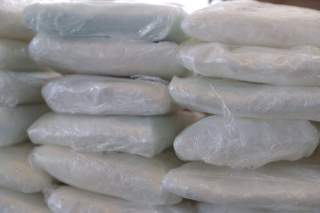 With chemical production in China massively reduced in February, there has been a limited supplyof pharmaceutical chemicals for those formulating medicines inside China and overseas.

The Trump administration attempted to isolate China with its 2018-2019 tariff efforts. Some companies (EU, US as well as Chinese) moved some production from China to other Asian nations, such as Vietnam, Cambodia, Malaysia and elsewhere. With the COVID–19 outbreak some of these producers are better positioned because China is bearing the brunt of the outbreak. But the vast majority of chemical producers did not move. There was one exception. In addition to the pressure from tariffs, the Trump administration pushed Beijing to clampdown on fentanyl production. Fentanyl is the most potent opioid and is related to tens of thousands of fatal overdoses in US. While other opioid overdoses fell for the first time in a decade last year, those from fentanyl still rose.

So while we are correct to be worried about pharmaceutical supply chains, we might have hoped that a silver lining of COVID–19 would be a reduction in fentanyl supply. Unfortunately, that is not what we are seeing. The price of fentanyl on the dark web and in the streets of Philadelphia and other cities has not changed in the past two months. It is possible prices will spike, but I suspect not. The Chinese diaspora to other parts of Asia had already changed supply chains for this chemical, and in a way, many other industries may want to follow. In the case that one area of production was shut down, others with no obvious link would not be. These were established for nefarious reasons — to bypass security’s prying eyes — but this works well to prevent viral transmission too. Isolating silos of production may not be the modern management way, but it is an effective way to prevent the spread of disease.

This article by Roger Bate first appeared in AEIdeas on March 6.

Image: A man living on the streets displays what he says is the synthetic drug fentanyl, across the street from where San Francisco mayor London Breed just held a news conference introducing legislation in curbing the rise of deadly overdoses in the city, at the Tenderloin section of San Francisco, California, U.S., February 27, 2020. REUTERS/Shannon Stapleton