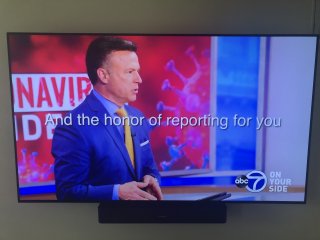 For as long as there's been cord cutting, digital antennas have been an unheralded part of the equation. After all, if you cancel cable and depend on streaming services for your entertainment, the local television content has to come from somewhere. And there's one other big advantage of digital antennas-not only are they relatively inexpensive, but after that one-time purchase, the signal they provide is free.

While some cord-cutting solutions these days do indeed offer local channels, antennas continue to be popular. In fact, the technology was already growing even before coronavirus brought large numbers of Americans home.

According to a survey released this week by research firm Parks Associates, the use of TV antennas jumped to 25 percent in 2019 among broadband households--and are expected to grow more this year. That's both because Americans are stuck at home and because rising unemployment will likely see people looking to cut costs this year.

According to Parks' numbers, among broadband households around 70 percent watch TV channels from a TV service and just under 60 percent watch streamed/downloaded online content. While 25 percent use an antenna to watch broadcast TV channels, that number was only 15 percent the year before.

“These content preferences shape the access habits of consumers, so antenna usage is increasing as households look to meet these needs, and we will see these trends increase as more shelter-in-place orders take effect and households look for inexpensive content options to offset lost wages.”